Alec Baldwin returned in his role as Trump while Kate McKinnon once again played Hillary Clinton.

While the sketch first started at Monday’s vice presidential debate, the scene was quickly interrupted by a breaking news update that referenced the leaked tape of Trump making lewd comments about women while talking to former Access Hollywood host Billy Bush.

Later, when Baldwin as Trump is done talking to CNN, he makes some comments reminiscent of the hot mic video. “I wish I was that hurricane tearing through hot Miami p—y,” Baldwin’s Trump said, unaware the microphone is still on. “I would just destroy it.”

The sketch then turns to McKinnon as Clinton, who is celebrating Trump’s scandal at her campaign headquarters with champagne and dancing. When she’s asked if Trump should drop out of the race, Clinton shouts: “No! No! No! Give him a shot!” 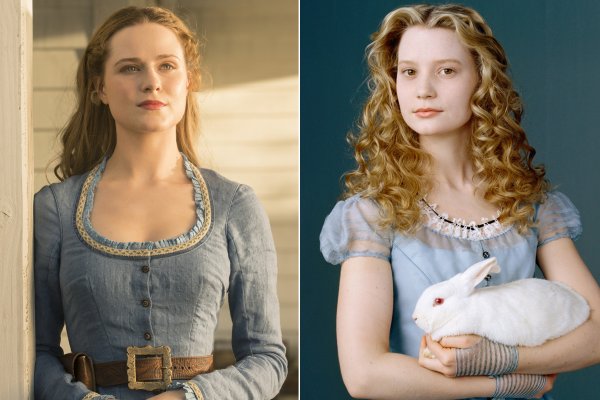 Here’s a Complete Guide to Westworld’s Many References
Next Up: Editor's Pick