What To Do If Your Smartphone Battery Is Overheating

A Samsung Galaxy Note 7 is held up with other Note 7 phones on a counter that were returned to a Best Buy on September 15, 2016 in Orem, Utah.
George Frey—Getty Images
By Alex Fitzpatrick

As Samsung works to replace millions of Galaxy Note 7 devices amid reports of overheating and exploding batteries, we were curious: What should you do if your smartphone starts to overheat, smoke, or, worse, actually catch fire?

So we reached out once again to battery expert Dr. Donald R. Sadoway, the John F. Elliott Professor of Materials Chemistry at the Massachusetts Institute of Technology, for an answer. Sadoway previously us helped explain the science behind exploding batteries.

His advice for overheating phones? First, if the device is plugged in, unplug it immediately, as long as it’s safe to do so. Second, you can try smothering the phone with a fire blanket. But as Dr. Sadoway pointed out, batteries already contain all the fuel they need to burn. That means smothering might not work like it would with a fire that’s fueled by the oxygen around it.

“Early stage overheating may be stopped,” he says. “But late stage is a runaway freight train.”

The best idea, then, may be getting away from the device and calling 911 immediately. If you already bought a Samsung Galaxy Note 7, it’s probably a good idea to swap it for another smartphone. (Even the replacement Note 7s are reportedly having battery problems, so it’s wise to pick a different model.) 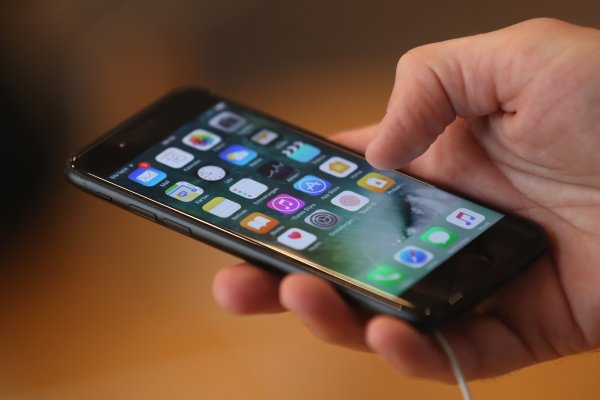 10 Must-Read Tricks for Mastering Your New iPhone
Next Up: Editor's Pick