Mafia III isn’t what I expected. Not for the half-dozen hours I’ve been playing with it. This is a good, maybe even great thing.

I barely remember the first Mafia (set in the 1930s, released in 2002) and wound up missing the second altogether (set in the 1940s, released in 2010). The third, which leaps straight to 1968 and profiles a biracial Vietnam War vet’s sanguinary struggles with the Italian mob, is by a brand new studio, Hangar 13, led by the guy who directed Star Wars: The Force Unleashed, a game I didn’t much care for. Ergo my worries.

Well shame on me, because boy was I wrong. The writing in this thing, the voice acting, its Scorsese-like sense of characterization and incredibly vibrant pastiche of New Orleans circa the decade of discontent…they’re all superb. Yes, exaggerated at times in ways pulp narratives tend to be. But this is a game that’s not just winking obligingly at cultural matters then skirting them. It takes hard, harrowing turns into the dark the way serious stories told honestly should.

I blame Bill Harms, a guy I used to write for, oddly enough, over a decade ago, and whom I discovered this morning is Mafia III‘s lead scribe. I remember Harms best for his stark, cheerless, indelible 2002 graphic novel Abel (Bill wrote about Nebraska, I’m originally from Nebraska, thus my interest), another ugly, unflinching tale that grapples with racism, treachery and violence. And with Mafia III, well, so far he’s hitting it out of the park here.

How does it control? No worse than Red Dead Redemption or Grand Theft Auto V, both totally competent third-person, cover-based, open world shooters you wouldn’t mistake for either Gears of War or Assassin’s Creed in terms of ballistics or seamless parkour-like controls. One way I prefer it to those games: in widening the roads and slowing down the vehicles—and, I think, increasing the control window in which you can hold the trigger to comfortably cruise without a car’s engine getting away from you—driving safely or with the flow of traffic is easier and looks more organic. It’s a small thing, but most open worlds make it hard not to be a sociopathic four-wheeled municipality-obliterating missile.

We’ll see if it all holds up as I start rolling through this swamp-girdled playground’s subdivisions, leaning on “assets” to build an empire and working through a pyramidal “kill list” of bigwigs standing in the way. Mafia III looks vast six hour in, but who knows how things are going to shake out 30 or 40 hours down the road. (That it’ll take that long, or longer, is just a guess on my part, too.)

What I can tell you right now, is that I’m seeing nothing here to suggest it won’t be a hell of a ride, or anything less than fraught with unnerving provocations, as pedestrians banter angrily about Martin Luther King and Malcolm X, creepy cops lob racial catcalls at female passerby, and scruffy trumpeters raise jazzy soliloquies from shabby bus stops.

Update: A few technical things I’d written off to anomalies are presenting frequently enough to warrant a heads up. So fair warning, Mafia III has a number of audiovisual glitches that mar an otherwise fascinating game. I’ve been testing on both PC (with an Nvidia 1080 GTX) and PlayStation 4, and can confirm both versions have virtually identical problems.

We’re talking mostly about spasmodic bouts of weird lighting, shadows from clouds that suddenly speed across the terrain swift as supersonic jets, weird flickering textures on objects, and rooms that inexplicably fog over with inky blackness (see the backroom of the church in the “Kill Baka” mission). There’s also a bizarre sound issue where if you shift the view perpendicular to whoever’s speaking, even if you’re a few feet away, the audio becomes almost inaudible. Again, it’s an issue on both PC and PlayStation 4 (and I assume, thereby, Xbox One and Mac) versions. I’ve been playing with subtitles on to get around this.

I trust patches to fix these issues are incoming, but consider this a caveat/addendum to my earlier thoughts if you’d rather wait until they’ve rectified this stuff. 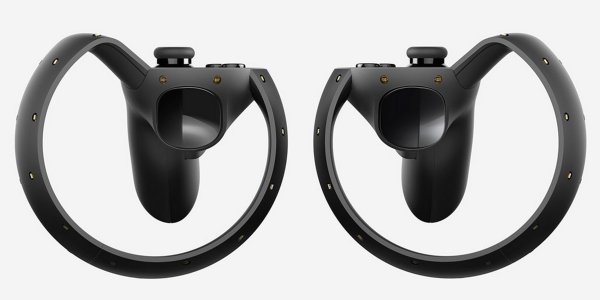