What Comes Next For Juan Manuel Santos and Colombia?

Colombia's President Juan Manuel Santos speaks to supporters of the peace deal he signed with rebels of the Revolutionary Armed Forces of Colombia, FARC, at the presidential palace in Bogota on Oct. 7, 2016.
Fernando Vergara—AP
By John Otis/Bogota

This past Sunday was the absolute low point for Colombian President Juan Manuel Santos. His signature achievement—a peace accord signed last month to end a half-century-old guerrilla war with the Revolutionary Armed Forces of Colombia, known as (FARC)—had just been rejected by Colombian voters in a binding referendum. The results threw his government into disarray and placed the country in danger of sliding back into war. There was even speculation that Santos would resign.

But on Friday, the Norwegian Nobel Committee awarded the 2016 Nobel Peace Prize to Santos “for his resolute efforts to bring the country’s more than 50-year-long civil war to an end.”

The war, which began in the 1960s, has cost the lives of at least 220,000 Colombians and has uprooted nearly 8 million from their homes. Thus, the committee stated that the award “should also be seen as a tribute to the Colombian people who, despite great hardships and abuses, have not given up hope of a just peace… This tribute is paid, not least, to the representatives of the countless victims of the civil war.”

Santos received the news in the pre-dawn hours at the Casa de Nariño presidential palace in Bogotá. He becomes only the second Colombian to win a Nobel, following novelist Gabriel García Márquez, who received the prize for literature in 1982. “I receive this prize on behalf of all Colombians, especially the millions of victims,” Santos said in a short address. “To make sure there is not even one more victim in this conflict we must reconcile, unite and finish this process and begin to construct a stable peace.”

Santos, 65, climbed to the top of Colombian politics as a warrior rather than a peace advocate. He is one of the few recent Colombian presidents to have served in the military, having joined the Navy straight out of high school. That was an unorthodox choice as member of Colombia’s upper class rarely put on the uniform. Santos hails from a family of politicians and media titans. His great uncle, Eduardo Santos, was president from 1938-44 while his family for many decades owned El Tiempo, the country’s largest newspaper. Though he worked there as an editor, Santos is said to have been grooming himself for the presidency since he was a teenager. At one point shaved off his beard, reportedly, because he thought he would look more presidential.

He served in several administrations but came to national prominence in 2006 when he was named defense minister by then-President Álvaro Uribe. The two men led a successful military offensive against FARC. The U.S.-backed campaign cut the rebel forces in half to about 7,000 fighters and Santos rode this success to the presidential palace. Pledging to continue these hard-line national security policies, Santos won the presidency by a landslide in 2010.

But despite his military background, soon after he was sworn-in Santos secretly sent a team of envoys, including his brother, to Havana, Cuba, to open exploratory talks with the FARC. He calculated that the guerrillas had been weakened to the point that they would finally be ready to cut a deal and pursue its goals of social justice through legal politics. Formal talks opened in 2012 and lasted for nearly four years.

Early on, Santos sought the backing of the international community and reached out to leftists in Colombia to support the negotiations amid a fierce backlash from conservatives. Four years of tense negotiations culminated in a historic peace agreement signed on September 26 in the Colombian city of Cartagena before 2,500 diplomats and invited guests, including U.N. Secretary General Ban Ki-moon. To symbolize the transition from war to peace, the treaty was signed by Santos and FARC commander Rodrigo Londoño using a pen fashioned from a bullet cartridge. “The horrible night of war is finally over,” Santos declared.

Read More: Why Referendums Have Been Backfiring

Many Colombians viewed Santos as a traitor for reaching out to the FARC, a guerrilla army that funded its war with the profits from drug trafficking, extortion and illegal gold mining. The FARC also committed massive human rights abuses, carrying out massacres and kidnapping thousands of civilians for ransom. Critics complained the the peace agreement was too lenient on the FARC—especially the provisions that would allow rebels accused of war crimes to avoid prison if they confess before a special tribunal.

Uribe, Santos’s former boss, soon became the president’s fiercest critic. He led the campaign against the peace accord in Sunday’s referéndum. Amid flooding caused by Hurricane Matthew, only 37% of the electorate turned even though the vote was widely viewed as one of the most important in Colombian history. Despite polls showing that the agreemeent would easily pass muster, the “no” vote topped the “yes” vote by less than one half of one percentage point.

Uribe is now demanding that the accords be renegotiated. He wants FARC rebels accused of war crimes sent to prison and objects to provisions that would give a future FARC-led political party 10 guaranteed seats in Congress between 2018 and 2026. But it’s unclear whether the FARC would be willing to go back to the drawing board and renegotiate these points. Meanwhile, rebel foot soldiers who were preparing to concentrate in special zones around the country and turn over their weapons to U.N. inspectors are now left in limbo. A ceasefire—set to run until Oct. 31—is still holding and could be renewed. But FARC leaders, while emphatically stating that they want peace, have cautioned their troops to protect themselves and be prepared for war.

While it may seem perverse to honor Santos in the wake of voter rejection on Sunday, the Norwegian Nobel committee seemed to believe the prize could help push Colombian leaders to settle their differences and complete the peace process. “There is a real danger that the peace process will come to a halt and that civil war will flare up again. This makes it even more important that the parties, headed by President Santos and FARC guerrilla leader Rodrigo Londoño, continue to respect the ceasefire,” the committee said.

On his Twitter account, Uribe indicated that the prize would not change his mind, stating tersely: “I hope this leads to changes in these accords that are damaging to democracy.”

But Adam Isacson of the Washington Office on Latin America said the Nobel award may help shift the balance. He noted that Costa Rican President Oscar Arias’s win in 1987 for his efforts to end the civil wars in Central America “really helped” him counter resistance from the Reagan Administration at the time.

Prize in hand, Santos says he is now determined to push the peace process across the goal line. He told reporters: “I think this is the moment, conditions are ripe, and we just have to persevere and this has been what has given me stimulus to persevere. This is the best cause that any person can try to achieve—peace for his country.” 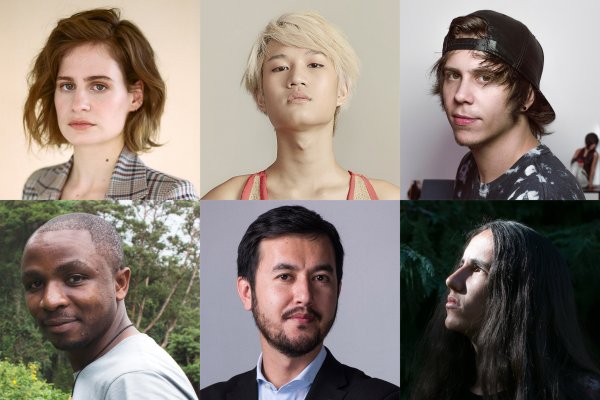 Next Generation Leaders
Next Up: Editor's Pick