A $615,862 bet has been placed on Hillary Clinton to win the election—the biggest bet ever staked on any U.S. presidential election.

British bookmaker William Hill announced on Friday that the bet had been made for €550,000. A 46-year-old female client placed the amount on Clinton becoming President at odds of 4/11, or a 73% chance of success, in the hope of making a profit of around $224,000.

“As far as we are aware, this is the biggest wager ever taken on the US Presidential Elections,” a William Hill spokesman said. “As a result of taking this bet, a win for Donald Trump has now become the favored outcome for us in terms of our liabilities for either of the two leading contenders.” 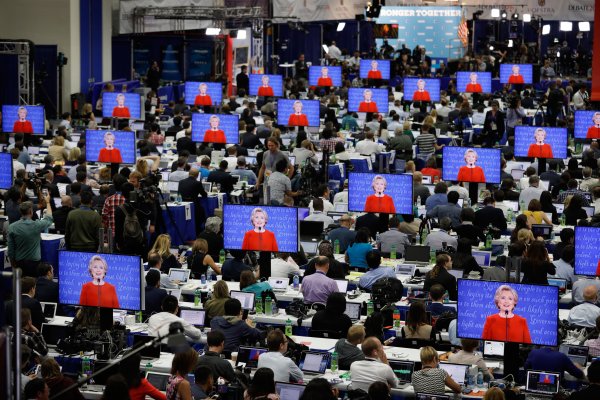 The Next Debate Must Address Women’s Issues
Next Up: Editor's Pick