Dozens of clowns in Arizona will hit the streets in Tucson on Saturday night for a planned “Clown Lives Matter” peace walk meant to show the gentle nature of jesters amid a national climate of clown fear.

At least 50 people are expected to stride down a popular strip in the city wearing clown costumes, with some prepared to hand out balloons and flowers and show off their magic tricks, according to the event’s organizer, Nicole Sinn.

“A lot of people are going against clowns,” Sinn said Thursday. “I don’t like that people are thinking that every single person that has clown makeup on is trying to hurt them or their children.”

A growing fear of clowns and reports of unsettling clown sightings have spread across dozens of states since late August, when children in a South Carolina county claimed clowns were trying to lure them into the woods for money. Many of the reports wound up being hoaxes.

Sinn, a 27-year-old caregiver who works part-time as a makeup artist, is not a professional clown but said she often wears clown makeup and a bright green wig. She said she was inspired to act after hearing from clowns in the community that they were being harassed, including a clown friend of hers who told her he had received a violent threat.

The point of the march is to show that clowns can be friendly, harmless and entertaining and “not psycho killers,” Sinn said. “I definitely want everyone to interact. I want to stop and talk to people,” she added. “Hopefully we can get a couple smiles out of people.”

The group does not need a city permit for the march, officials said. Tucson Police Department spokeswoman Terry Davis said authorities already double their police force on Saturday nights but had not made any specific changes for the clown walk.

Sinn said she plans to lead the group for about two miles, staying on the sidewalks to avoid causing chaos for police or motorists. 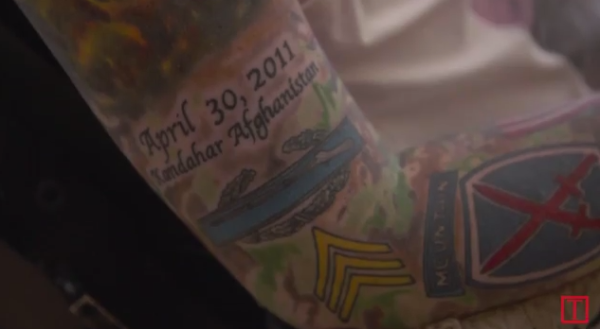 The Longest War in U.S. History Began 15 Years Ago. See Its Effect on One Veteran
Next Up: Editor's Pick