President Obama continued his efforts to lessen the impact of our nation’s drug laws on Thursday by shortening the sentences of 102 drug offenders.

Obama has now granted executive commutations to 774 drug offenders, more than any of the past 11 presidents, according to the White House.

The clemency efforts have been part of a broader criminal justice reform effort, though bills addressing mandatory minimum sentences have stalled in Congress. A 2010 law that reduced the sentencing disparity for crack and powder cocaine did a lot to help, but because it was not retroactive, many who were hit with long sentences were left behind bars.

In 2013, President Obama issued his first round of executive clemency that specifically targeted crack-cocaine offenders, releasing eight who had each spent at least 20 years in prison. Many had been sentenced to life behind bars. Since then, commutations have continued. Toward the beginning of 2016, the administration vowed to do regular releases ahead of the president’s departure from office.

Under Obama’s most recent order, 34 prisoners who’d received life imprisonment for drug trafficking crimes now have shorter sentences. TIME counted 15 who were convicted of firearm possession in connection to their drug crimes. 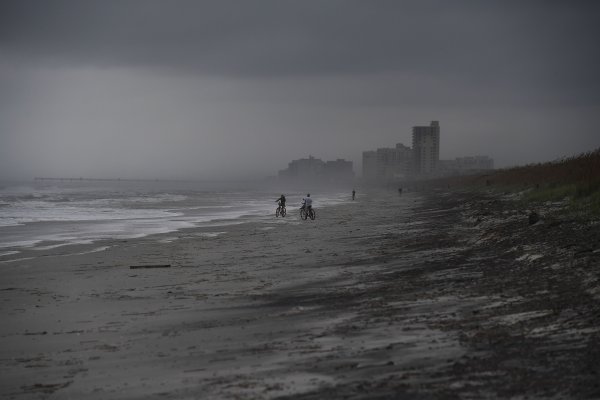 Hillary Clinton Pulls Ads From Florida Weather Channel Because of Hurricane Matthew
Next Up: Editor's Pick