This Is What Hurricane Matthew Looks Like From Space

Hurricane Matthew strengthened to a Category 4 on Thursday as it headed toward the U.S., and Florida Gov. Rick Scott encouraged residents living in evacuation areas to leave before the storm is set to hit there on Friday.

“This storm will kill you,” Scott said at a news conference. “Time’s running out. Leave. There’s no excuses.”

The storm has already killed more than 100 people and caused severe damage across the Caribbean. As it moved to the north of Cuba and toward the Bahamas this week, NASA captured some dramatic footage of the storm’s path.

Cameras on the International Space Station captured Hurricane Matthew on Wednesday when it was a Category 3, and was moving at about 12 mph with wind speeds at 120 mph.

The hurricane could be the strongest storm to hit the U.S. in decades, according to the National Weather Service. With more than 2 million people told to evacuate and hundreds of flights canceled, people across the Southeast Atlantic coast have been preparing for an intense storm. 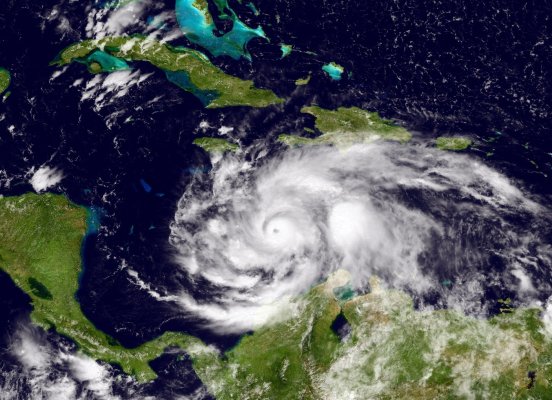 Hurricane Matthew Could Make a U-Turn and Hit Florida Twice
Next Up: Editor's Pick