Donald Trump wants you to believe that because he is rich, he must also be smart and therefore he is qualified to be President of the United States.

Trump reinforces this message over and over again. Sometimes he says it directly. He emphasized it at his announcement that he was running for president. “I’m really rich,” he said, and “that’s the kind of mindset, that’s the kind of thinking you need for this country.”

And he made certain to highlight this message again during the first presidential debate, his largest audience to date. “I built [a very small loan] into a company that’s worth many, many billions of dollars, with some of the greatest assets in the world,” he said, “and I say that only because that’s the kind of thinking that our country needs.”

At other times he is more sly. He frequently holds campaign events surrounded by images of his wealth. He gives interviews from his gilded penthouse apartment, stages rallies with his private jet featured prominently in the background, and holds campaign events in his luxury hotels and golf clubs.

Trump, who has no experience in government, has based his entire candidacy upon the notion that he is rich.

Admittedly, it is tempting to believe that someone who is rich must also be smart. After all, we have been told that our system is based upon merit such that those who work the hardest and possess the greatest ability will be rewarded the most financially.

But we all know that the system is not always fair. Sometimes people stumble into wealth without possessing any sort of enhanced intelligence or ability at all, such as by winning the lottery, receiving a large inheritance or unwittingly discovering oil in their back yard.

To be sure, it must be said that no one knows the truth about how much Trump is actually worth. Trump has claimed that he is worth more than $10 billion, but Bloomberg estimated his wealth at $3 billion. The real question is whether he made all this money by being smart.

It seems quite plausible that Trump owes his fortune to a single factor: dumb luck.

For Trump, his good fortune began with his inheritance. Trump’s father was a multi-millionaire, and Trump benefitted tremendously from the enormous advantage of being born into wealth and privilege. He also had the good fortune of being able to piggyback on his father’s already established business in real estate. His father’s business was responsible for Trump landing his first major project of developing the Grand Hyatt hotel on 42nd Street in Manhattan. This was the project that established Trump in his own right and essentially gave rise to his career.

Trump acknowledges the benefit of his father, but he claims that it was his own genius that enabled him to take what he inherited from his father and expand it into a multi-billion dollar empire. Yet Trump’s success seems to have been derived far more from the underlying circumstances and market conditions than from any specific business acumen exercised by Trump. Trump did not invent or discover anything new; he just went into the established family business and got lucky.

The value of Trump’s real estate assets did indeed increase dramatically. But it is difficult to attribute this wealth to anything specific about Trump.

Trump began his carrier in the late 1970s and early 1980s just when the nation was beginning a financial recovery from the recession of the earlier 1970s. The nation experienced a temporary boom during the 1980s that included an increase in the value of luxury real estate, in part due to the appalling tax cuts for the wealthy granted by President Ronald Reagan. This broad market increase helped create Trump’s fortune.

And when the market turned and went down in the early 1990s, guess what happened to Trump? Well, he went down, too. In fact, he was wiped-out. He never saw it coming.

Several years later, the market came roaring back, especially for the wealthy. So Trump recovered as well. This is when Trump wrote his book, Trump: The Art of the Comeback, and claimed credit for his own revival.

Over the course of Trump’s career, he has made some horrendous decisions. For example, he purchased the Plaza Hotel in Manhattan for top dollar at the worst time in 1988 right before the dramatic market collapse that wiped him out. In another example, he began a new business, Trump Mortgage, that provided residential mortgages right before the dramatic collapse of the national mortgage market that kicked-off the financial crisis of 2008. The business failed.

When Trump attempted to branch out into other business areas outside of real estate, he also made plenty of bad decisions. He had casinos in Atlantic City end up in bankruptcy. He was forced by his creditors to sell off his airline. He shut down his ill-fated Trump University in the face of private and governmental fraud lawsuits. And he left a string of other business failures in his wake as well, like the Trump board game and the Trump travel site. This certainly does not sound like any sort of a business wunderkind.

“I’m very, very, very intelligent,” Trump has insisted, in one of his countless attempts at convincing other people that he is smart.

Of course, genuinely smart people do not need to tell other people that they are smart, especially over and over again, because the evidence speaks for itself. 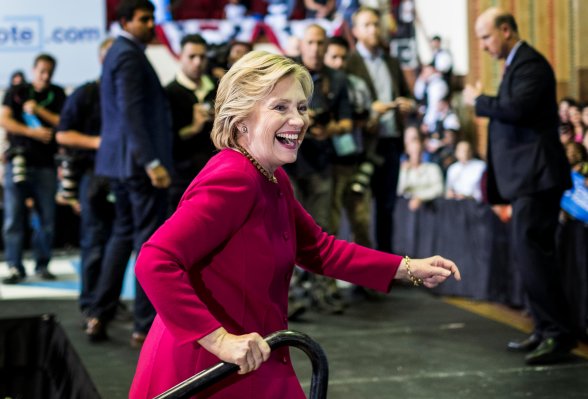 Someone Placed a Record-Breaking Bet That Hillary Clinton Will Win the Election
Next Up: Editor's Pick