A 10-month old girl died this week in West Virginia after her mother’s boyfriend raped her, authorities said.

The baby was found unresponsive on Monday in the basement of the family’s apartment complex with 32-year-old Benjamin Taylor, the child’s mother’s live-in boyfriend, Jackson County authorities said.

The child was taken to the hospital, where she was treated for injuries. On Wednesday, family members told West Virginia Metro News that the baby girl was clinically brain dead and there was very little chance she would wake up. She died later that day.

Taylor was charged with felony murder, in addition to his initial charge of first-degree sexual assault, Jackson County Sheriff Tony Boggs said. Taylor is being held in jail on a $2 million bond.

“The only way justice is going to be served is if he feels every ounce of pain that he caused her to,” Danielle Adkins, a relative of the child’s mother, told local news station WSAV-TV. “It wasn’t enough that he took her innocence, he had to take her life too.”

Boggs said the sheriff’s department is continuing its investigation. Taylor has requested an attorney, Boggs said, but information about the attorney was not immediately available. 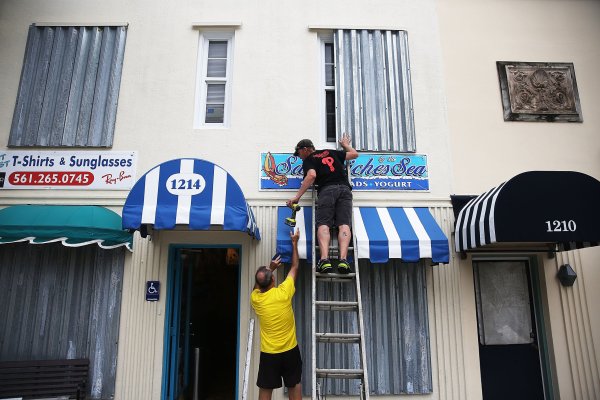 How to Find Out if Your Area Is Being Evacuated for Hurricane Matthew
Next Up: Editor's Pick