Italian Prime Minister Matteo Renzi officially opens the national campaign for the "Yes" vote in the constitutional referendum at Obihall on September 29, 2016 in Florence, Italy. The result of the governmental referendum that will change the Constitution is considered crucial for the political future of Italy and for the personal future of its Prime Minister. It will be held on December 4, 2016.
Laura Lezza—Getty Images
By Ian Bremmer

Americans remain fixated on a presidential election like no other, but that doesn’t mean democracy has ground to a halt everywhere else. Here are five other upcoming votes that matter enormously for the world at large.

Imagine that your country has had 63 governments in 71 years. Now you’re faced with a series of political crises that your sclerotic political system can’t manage. That’s the problem Italian Prime Minister Matteo Renzi faced upon taking office in 2014. His solution? Drastically reduce the scope and power of the Senate in favor of empowering Italy’s lower house of parliament, among other structural legislative reforms.

But while the reforms Renzi has proposed would indeed help bring political stability to Rome, it’s far from certain that they’ll pass. By promising to resign should the referendum fail, Renzi has made this a referendum on himself rather than on the merits of the reforms—and as former British Prime Minister David Cameron now knows, that’s a tactical error. Renzi’s tried walking the pledge back, realizing that his 30 percent approval rating won’t give the referendum the push it needs. Europe surely hopes it passes—a chaotic political transition in Italy is yet another headache it doesn’t need.

France is at the forefront of Europe’s battle with radical Islamic extremism and ISIS, and it has paid a steep price for it. Attacks in Paris and Nice have bled into the country’s politics, and the Front National’s Marine Le Pen—anti-immigrant, anti-Islam, anti-E.U.—has been the most immediate beneficiary. It has also helped that current center-left President Francois Hollande, who has a 15 percent approval rating, is bogged down by a seemingly unreformable economy and continuing security worries. Then there’s former center-right President Nicolas Sarkozy, whose comeback bid is often sidetracked by his own brash rhetoric and string of political scandals. Finally, there’s former Prime Minister Alain Juppe, also of the center-right, who is positioning himself as the field’s competent centrist.

France’s saving grace is its two-round presidential system, with most polls showing that Le Pen would defeated in the second round—just as her father Jean-Marie Le Pen was in 2002. If Le Pen wins the presidency, she’s vowed to hold an in/out referendum on France’s own E.U. membership. Brexit is trouble enough. “Frexit” would undermine the entire E.U. foundation.

The E.U. certainly can’t withstand a German exit or even a retreat from E.U. leadership. And make no mistake—Angela Merkel, still the person best able to provide that leadership, is now weaker politically than at any point over her decade-plus career as Germany’s chancellor. Merkel has shown herself to be a remarkably deft politician through the years, yet even she is in danger of getting sucked into the political wake of the refugee crisis. Her loss in popularity has fueled the rise of the Alternative fur Deutschland (AfD), a rabidly anti-Islam and anti-immigrant party. AfD has made impressive gains in regional elections since its founding in 2013, and has entered 10 of the country’s 16 state parliaments to date. It’s also poised to be a player in federal elections in the fall of 2017.

Merkel is still widely believed to run (and win) those elections, but the more problems mount, the more likely Merkel bows out. The odds-on favorite to replace her would be Finance Minister Wolfgang Schauble, a fiscal hawk whose standoffish demeanor would do little to boost E.U. solidarity.

Anti-establishment challengers aren’t really a concern in Iran given that the Guardian Council—the 12-person body that ensures the country’s politics line up with Islamic law—vets and approves all candidates who stand in elections. Iran’s complex government structure means that Supreme Leader Ali Khamenei is the one who calls the final shots, backed by Iran’s Revolutionary Guard Corps. Still, as we’ve seen with current moderate President Hassan Rouhani, presidents determine the country’s near-term trajectory. It was Rouhani who pushed through the nuclear deal, albeit with Khamenei’s final sign off.

Yet Iran still struggles to find its footing post-sanctions. Whether the Iranian people elect a moderate or a hardliner will determine how friendly Iran’s overtures will be to the rest of the world, and vice versa. Iran also has a history with volatile presidential elections—when hardliner president Mahmoud Ahmadinejad won reelection in 2009, accusations that the election results were rigged touched off months of social unrest, protests and violence. And while Ahmadinejad was planning a comeback presidential campaign, just last week Khamenei effectively barred him from running, claiming he was too “divisive” a figure. This next election will be the most important Iran has held in a generation.

Yet the biggest political transition the world faces over the coming year doesn’t involve an actual election. China is gearing up for its 19th Party Congress, where many of the country’s top leaders for the next five years will be selected. But given the scale of turnover this time around, 2017’s congress could easily shape China’s trajectory for the next 15 years. About half of China’s powerful 18-member Politburo will be swapped out next fall; more importantly, 5 of the 7 members of the Politburo Standing Committee, the ultimate arbiters of power in the country, are scheduled be replaced.

The only Standing Committee members who will remain are President Xi Jinping and Premier Li Keqiang, who will serve out their second and final terms until 2022. But their eventual successors will be chosen from the ranks of this Standing Committee, so who ends up making it matters a great deal, especially as China is in the midst of an ambitious and difficult reform of its economy. If these reforms get off track, the reverberations will be felt around the world. 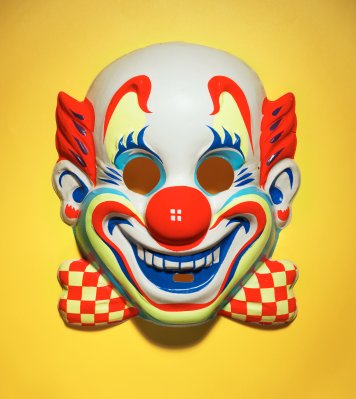 The Creepy Clown Craze Is Now Taking Over the World: 'It Is Very Alarming'
Next Up: Editor's Pick