Why You Shouldn't Believe Those Netflix-Disney Rumors

Amid weeks of takeover talk about Twitter, this week is Netflix’s turn through the rumor mill.

After moving sideways for several weeks, Netflix’ stock has risen 8% this week amid rumors that Disney and Apple might be interested in buying the company that established streaming video as a business model and remains a leader in the industry. Netflix has signed an exclusive licensing pact with Disney to stream its live-action and animated movies, while developing series like Luke Cage that are based on characters from Disney-owned Marvel.

Disney is reportedly considering a bid on Twitter as well. One reason the company may be interested in buying tech companies is that it needs a robust digital strategy. Disney’s stock has lost nearly a quarter of its value since last fall, after it became clear that cable subscribers were cutting the cord with networks like ESPN, long a prime Disney property. Disney is committed to preserving its cable subscribers while also building the foundation for a digital audience.

“The biggest thing that we’re trying to do now is figure out what technology’s role is in distributing the great content that we have,” Disney CEO Bob Iger said at a recent event, according to the Boston Business Journal. “It’s one thing to be as fortunate as we are to have Disney, ABC, ESPN, Pixar, Marvel, Star Wars and Lucasfilm, but in today’s world, it’s almost not enough to have all that stuff unless you have access to your consumer.”

According to the Boston Business Journal, Iger declined to comment directly on any acquisition rumors. Still, what he said struck one analyst as remarkable. And both companies would offer Disney the kind of digital distribution that Disney needs to revive its stock performance. The catch is, both companies are seen as highly overvalued. Disney shareholders may view both as too risky and too costly to buy.

Disney also has about $5 billion in cash — a fraction of the stockpiles at tech giants like Apple, Google and Microsoft — and would need to rely on loans or its own devalued stock price as currency to buy companies valued in the tens of billions of dollars. Strategically, though, there may be a fit. Netflix could provide Disney with an “over-the-top” (a cable term for streaming video) platform that could host Disney’s movies and TV shows.

Apple buying Netflix seems even less likely. Analysts from Bernstein Research noted Tuesday that Apple buying the streaming video company is “a dream-scenario for many Netflix bulls, and a possibility often raised by investors” — before shooting down the dream in midair. With $150 billion in cash, they said, Apple could easily buy Netflix, but lacked a “compelling rationale” for doing so. That is, this $50 billion acquisition would be a waste of money for Apple, which tends to do much better with products rather than services like Apple Music. (Though said services are increasingly a growth point for Apple.)

The notion of Netflix being bought out is nothing new. Alibaba has also been mentioned as a suitor, according to Fortune. And Amazon even tried buying it once a long time ago, according to Internet lore. The thing is that, unlike Twitter, Netflix has never signaled a whit of desire to be acquired. And these dream corporate pairings often lead to nothing. On Tuesday, Recode reported that Google and Apple won’t make a bid for Twitter, and neither will Disney.

Why, then, does this speculation keep recurring? Rumors tend to push up the stocks of a potential target, offering an opportunity for short-term gains. In tech, speculation is buttressed by the reality that power is consolidating into a handful of companies: Alphabet, Facebook, Amazon, Microsoft — all with ample cash reserves and stocks that have risen over the past year. Most of them have areas, such as video or social networking, in which they’d like to grow stronger. There is a plausible logic for a spending spree, if not a palpable corporate will.

Media mergers have a history of ending badly. But so do aging media companies that remain independent. Twitter has been struggling to find new users for a couple of years. Netflix, by some measures, may be seeing subscriber growth slow. The real deterrent to these companies being bought out is that they remain too pricey to buy. Should they get cheaper, the would-be buyers would find it a lot harder to remain sitting on the sidelines. 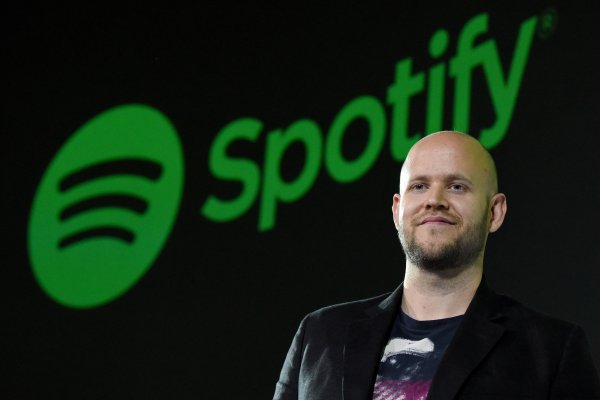 Here's Why it Makes Sense for Spotify to Buy SoundCloud
Next Up: Editor's Pick