Why Deutsche Bank Is Spooking the Markets

“Too big to fail” is back. A series of penalties for past misconduct at Deutsche Bank, one of the linchpins of the global financial system, is threatening to ravage shareholders, raising fears about what happens to trillions of dollars in complex financial products known as derivatives on its balance sheet. How it came to this:

Germany’s biggest lender has been paying out large amounts to traders to settle claims that it rigged interest and exchange rates, and it faces more from financial watchdogs for allegedly helping clients (notably in Russia) avoid money-laundering regulations. Negative interest rates, overcapacity in Europe’s banking sector and structural changes to financial markets are making it hard for Deutsche to generate profits to pay these penalties, with an even bigger fine on the horizon.

The U.S. Department of Justice is seeking $14 billion from Deutsche for mis-selling mortgage-backed securities in the run-up to the 2008 crisis. Deutsche calls the demand a first step in a bargaining process and says it won’t settle at “anywhere near the number cited.” But a fine of this scale would devastate Deutsche’s capital base, forcing it to raise more to meet regulatory standards.

The bank must now figure out how to raise fresh capital–by selling assets, perhaps, or seeking help from sovereign wealth funds in Asia or the Middle East. If all else fails, it could apply for a government bailout, but granting it would be extremely unpopular in Germany, threatening Chancellor Angela Merkel’s re-election bid in 2017. Nobody in Berlin or elsewhere, however, would welcome the repercussions if Deutsche Bank were allowed to fail. 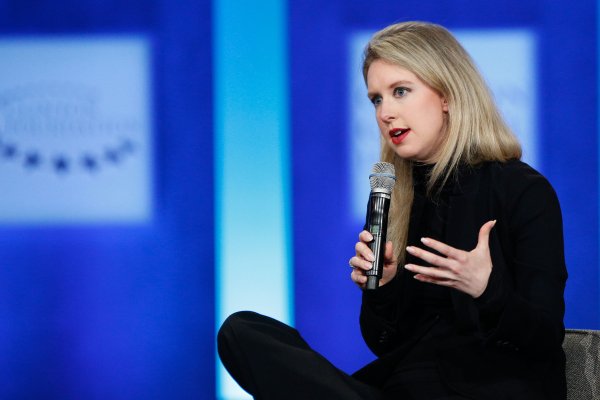 Theranos to Close Labs and Lay Off Employees
Next Up: Editor's Pick