Wave of Unrest Crashes on Ethiopia

Oromia has been racked by protests since 2014, when the government announced plans to expand the capital, Addis Ababa, into the region. Demonstrations have continued, despite the shelving of the plans in January, over issues such as human rights and local governance.

Oromos say the TPLF party, which runs the government and whose Tigrayan elites are seen to have unduly benefited from Ethiopia’s economic boom, is standing in the way of vital reforms. Although the government says it did not open fire on protesters in Oromia, its frequently violent treatment of dissenters is likely to inspire more unrest.

The protests threaten not just Ethiopia’s burgeoning economy but also regional stability. The country is considered a bulwark against terrorist groups active in the Horn of Africa, like al-Shabab, and the West also needs its help in containing flows of migration from across the continent. 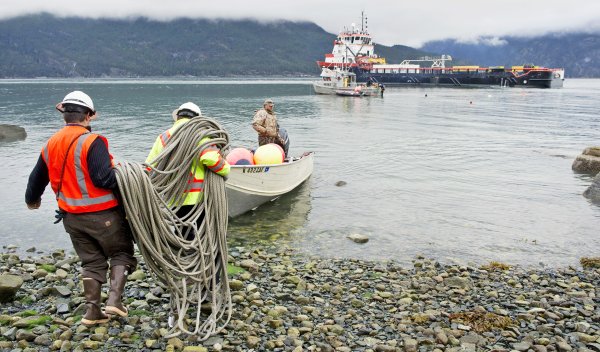 The Digital Cloud Is Underwater-and Vulnerable
Next Up: Editor's Pick