J.K. Rowling released the final installment of her magic in North America series Thursday, detailing the history of MACUSA (the American equivalent of the Ministry of Magic) in a new story posted on Pottermore.

Titled “The Magical Congress of the United States of America,” the piece begins by describing the founding of the wizarding world’s secret government in 1693 —following the Salem Witch Trials — before exploring the significant moments that shaped the way it functions throughout time. From its many relocations to its original law enforcement team to the challenges it faced upholding the International Statute of Wizarding Secrecy, MACUSA has a storied past.

The Harry Potter author also delves into events such as the infamous “Country or Kind?” debate of 1777 in which wizards decided not to fight alongside the No-Majs (American Muggles) in the Revolutionary War and the 1892 uprising of the Sasquatch population in Washington.

The story ends in the 1920s with President Seraphina Picquery presiding over MACUSA after its relocation to New York City — right in time for the events of the upcoming Fantastic Beasts and Where to Find Them movie.

Read the full story at Pottermore.com. 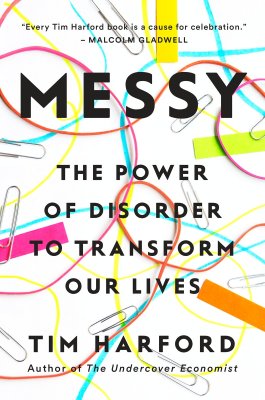 The Case for Being Messy
Next Up: Editor's Pick