The Tuloso-Midway Independent School District, which has about 4,000 students in its five schools, ordered a lockdown about 9 a.m. Wednesday after a bus driver and a monitor on the bus said they saw a clown sitting inside a vehicle near one of the schools, superintendent Sue Nelson said.

The sighting comes amid heightened national clown paranoia and after threats surfaced on social media over the weekend that promised an attack on the school district on Monday. “The threat had said, ‘We’re coming. There are more of us than there are of you. If you think this is fake, wait until Monday,’” Nelson said. “We’ve had a pretty disruptive week.”

Read More: Everything You Need to Know About the ‘Clown Attack’ Craze

School officials were set to lift Wednesday’s lockdown about 10:30 a.m. after deeming students safe when there was another clown sighting about two miles away. The school district then decided to keep the lockdown in place all day, which meant all school doors were locked and students were not allowed to leave.

Travis Pace, a senior officer with the Corpus Christi Police Department, said all of the social media threats and sightings have been unsubstantiated. “None of it has been confirmed,” he said.

Nelson said she isn’t sure if the threats are credible, but that it’s better to be safe than sorry. “We’re taking it seriously,” she said. “You really can’t afford to not take it seriously.” 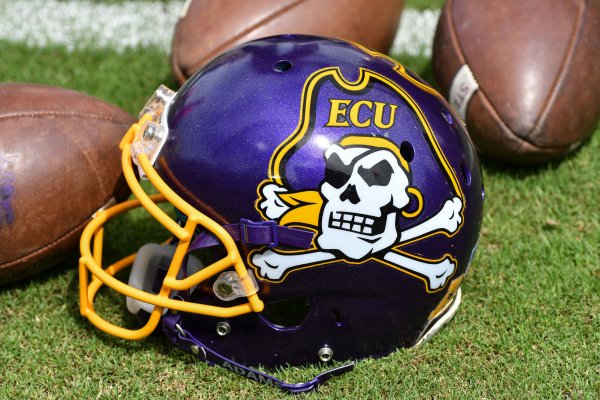 East Carolina University Officials: Kneeling During the National Anthem 'Won't Be Tolerated'
Next Up: Editor's Pick