(WASHINGTON) – Ford Motor Co Executive Chairman Bill Ford Jr. said on Wednesday he has met with Donald Trump to talk about the Republican presidential candidate’s extensive criticism of the automaker’s investments in Mexico.

Ford told the Economic Club of Washington that he thought Trump’s criticism of the No. 2 automaker’s foreign investments were “infuriating and “frustrating” because of the company’s extensive investments and employment in the United States. Trump has threatened if elected to impose hefty tariffs on Ford imports from Mexico.

Ford told reporters after the event that the session with Trump was a “great meeting” that took place a few months ago.

“He was very thoughtful, asked good questions,” Ford said of Trump. “He certainly knows the facts.” Asked if Trump had changed his mind about his criticism, Ford did not directly answer but said, “The campaign trail is a different animal than anything I’m ever familiar with.”

A person briefed on the matter said the meeting took place in New York this summer at the real estate mogul’s Trump Tower. The automaker had previously invited Trump to visit its headquarters at Dearborn, Michigan but he has not taken the company up on the offer.

Ford rejected the criticism from Trump, noting that it employs more U.S. workers and builds more vehicles in the United States than its rivals. “We should be celebrated I think in some ways as the great American car company,” Ford said. “We make more cars and trucks here than anyone else.”

Ford announced last month that all of the company’s small-car production would be leaving U.S. plants and heading to lower-cost Mexico, drawing another rebuke from the White House hopeful.

Ford has repeatedly said no U.S. jobs will be lost because of the move — and it will produce two new vehicles at a Detroit area plant that built the small cars. Trump called Ford’s decision “horrible.” He has criticized Ford’s Mexican investments for more than a year and vowed to pressure the automaker to reverse course if elected. “We shouldn’t allow it to happen,” Trump said.

Trump has also repeatedly misstated Ford’s plans at times, wrongly suggesting last month Ford would “fire all of their employees in the United States.”

Many major automakers have announced big expansions in Mexico, where labor rates are much lower than what U.S. workers make. 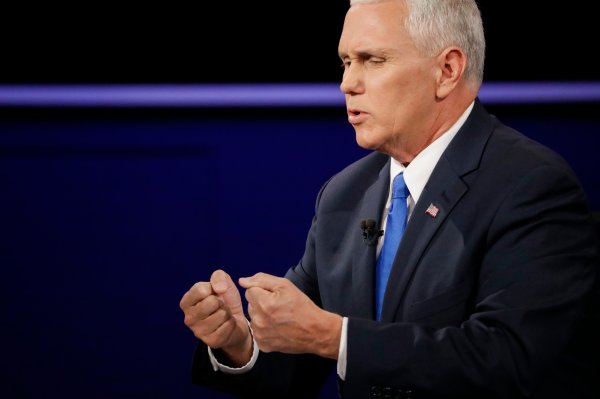