The Surprising History Behind the Scary Clown Phenomenon

There’s some funny business going on in America: clown sightings. As TIME has reported, rumors of people dressed as clowns luring children into the woods started in late August in Greenville, S.C. and hysteria over creepy clowns has since spread into several states. Many of the sightings are hoaxes, but some have led to arrests—and even inspired college students to embark on a type of “witch hunt” to nab the culprits.

But clowns are supposed to be funny, right? So how did they get scary?

“It’s sort of a misconception to ask, When did clowns turn bad?” argues Benjamin Radford, author of Bad Clowns and a member of the American Folklore Society. “The notion of clowns as good is fairly modern.”

Early clowns and related archetypes were mischievous at best, like the court jesters of Renaissance era and Mr. Punch, the violent, stick-wielding character from the commedia dell’arte-inspired Punch and Judy puppet show that dates back to the 17th century (and is where the term “slapstick” comes from). Andrew Stott, professor of English at the University at Buffalo, concurs that “clowns have always been considered socially marginal, always on the edge of society.” Early examples include the fool in Shakespeare’s King Lear, “who pops up and says painfully truthful things to King Lear, delivers apocalyptic language and then disappears with the inference that he’s been hung.”

But, he argues, the very first proper “scary clown” as we know the idea today can be found in Charles Dickens’ 1836-7 The Pickwick Papers, where a clown is described as an emaciated “drunkard” when he’s off-stage, “skulking in the lanes and alleys of London”:

Stott says that Dickens was influenced by the acclaimed English actor Joseph Grimaldi, “the guy who invented the whiteface clown” and the first person to combine that look with “vivid hair and a multicolor costume.” Under the pen name “Boz,” Dickens edited the memoirs of Grimaldi right around the same time that The Pickwick Papers was published. (Stott, who also wrote a biography of Grimaldi, argues that the Pickwick Papers depiction may have actually been based on the performer’s son, who became an alcoholic and died after failing to live up to his father’s reputation.)

“This [character] is the blueprint,” says Stott, for the clown’s reputation as “something sinister, which is absolutely what [today’s] scary clown thing is all about.” It’s “a model,” he adds, for the idea of clowns in disguise who are “covering up for something.”

In the U.S. in the 20th century, a combination of social and economic factors has caused an evolution of that 19th-century idea.

Clowns got a boost, says Stott, from the popularity of the traveling big-top circus during the “golden age of the railroad,” which linked successful clowns to the perception of 20th century America at the height of its industrial strength. But, as traveling circuses lost their pride of place as a form of entertainment, many clowns lost their platforms. That created an image of “clowns being associated with exhaustion or faded glory,” says Stott, who points to Krusty on The Simpsons as an example of a clown “past his prime” and “morally, financially bankrupt.”

Then, according to Radford, the popularity of Bozo the Clown and Ronald McDonald in the ’50s and ’60s reflected Cold War-era social anxieties, in that Americans were eager for something uplifting and thus wanted “an always happy, fun clown.” But the child-friendly clown of that era would morph into a threat in the 1980s, a time of “moral panic” among parents, when high-profile child abductions (the numbers of which criminologists found to be inflated) and fears of “stranger danger” lent a dangerous air to the concept of an adult dressing up to approach a child. That fear was epitomized and solidified by the popularity of Stephen King’s 1986 horror novel It and the subsequent TV movie adaptation, featuring the evil clown Pennywise.

So which social anxieties in 2016 could be fueling “clown attack” reports? There’s certainly a lot to be anxious about, but Radford has one theory: “There’s the increased influence of social media. Folklore, stories, legends and rumors that might have not gotten much traction years ago can now spread with the click of a button.” 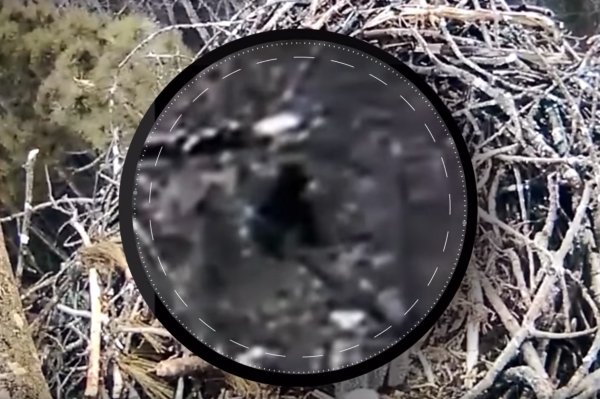 The Internet Is Saying This Video Shows Bigfoot in Michigan
Next Up: Editor's Pick