How the Clown Craze Got Started

Calm has returned to the South Carolina county that introduced the nation to the widespread clown craze, authorities said Wednesday.

The sheriff’s office in Greenville County, where reports of creepy clowns trying to lure children into the woods first originated, has not received any calls or complaints about menacing jesters for about a month, according to its spokesman, Ryan Flood.

“The clown craze has completely died down,” Flood said.

While the phenomenon continues to catch fire across more than two dozen other states, the frenzy lasted about three weeks in Greenville—after it started there at the end of August—and resulted in only three documented incidents, Flood said.

Authorities initially launched an investigation after children claimed they saw someone dressed as a clown near an apartment complex trying to draw them into the woods with money.

A week later, another child called the sheriff’s office to report a clown who was waving by a garbage dumpster in a different apartment complex about 20 minutes away from the first. The clown then dashed into the woods, the caller said.

The third complaint was similar to the first two, Flood said. Authorities tripled the patrol force, but even with the increased patrols, they could not substantiate any of the reports and did not make any arrests.

“We put around-the-clock deputies in the area patrolling,” Flood said. “It’s what we’re here for, but we don’t want our resources to be used for bogus complaints.”

Flood said he’s surprised at how much the so-called clown panic has spread across the nation. “We’ve seen a lot of weirder things happen here,” he said. 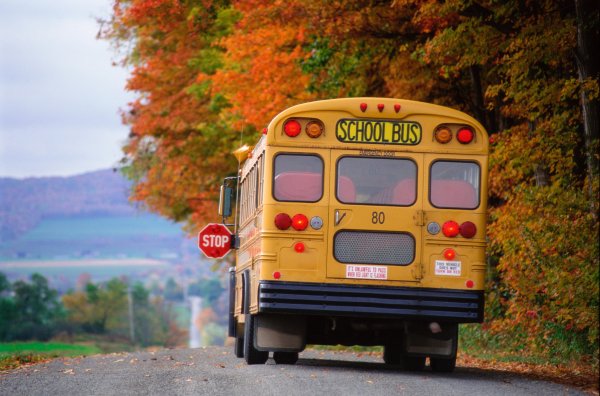 7-Year-Old's Parents Found Dead After She Told Bus Driver She Couldn't Wake Them
Next Up: Editor's Pick