How to Ensure Lasting Peace in South Sudan

Displaced women carry goods as a Nepalese peacekeeper from the United Nations Mission in South Sudan (UNMISS) patrols outside the premises of the UN Protection of Civilians (PoC) site in Juba on Oct. 4, 2016.
Albert Gonzalez Farran—AFP/Getty Images
Ideas

The world’s newest country, South Sudan, finds itself mired in the complicated fog of war that at its worst could combine the genocidal ethnic targeting of 1994 Rwanda with the warlordism of 1990s Somalia. Tens of thousands have died and millions displaced, and armed rebellions are emerging throughout the country. Village attacks, food aid obstruction, mass rape and child soldier recruitment all are rearing their ugly heads again. Five years after independence, South Sudan is widely viewed as a failed state, as its leaders built no functioning governing institutions, stole vast oil revenues, and undermined all efforts at peace.

Historically competing South Sudanese factions that united temporarily to win independence in 2011 had the chance to build a government for the new country from the bottom up. Instead of creating institutions that deliver services and ensure the rule of law, and ignoring systemic checks and balances, leading members of the factions united momentarily to create a parasitic system in which mass corruption and the brutal maintenance of power became the raison d’etre of governance. Two years after independence, in 2013, the two factions—competing over diminishing looting opportunities and the absolute power that guarantees those opportunities—went back to war with each other, reviving a cycle of violence which has occurred multiple times between these same factions since the 1980s.

An August 2015 peace deal attempted to reunite the same leadership and the same divided, unreformed army. The alliance fell apart again in July as the country was marking its fifth birthday, when the leader of the main faction, President Salva Kiir, again removed the head of the biggest competing faction, former Vice President Riek Machar, who last month declared war from his favorite refuge in neighboring Sudan, long supportive of South Sudan’s instability. The two factions are engaged in an existential struggle in which significant numbers on both sides believe the other is trying to exterminate them. The environment couldn’t be more toxic or dangerous, and more amenable to genocide.

An international response attempting to again patch together the same governing alliance with the same group of leaders accompanied by no consequences for their looting and destruction of the country seems like a certain recipe for more of the same. A new approach is desperately needed.

There are many voices rightly calling for embargoing arms deliveries into South Sudan and a U.N. Protection Force. These two measures should occur immediately, led by the U.N. Security Council and the African Union.

While important, these initiatives largely address symptoms of the conflict. There is an equally urgent need for the international community to work to address root causes. To reform the hijacked state and avert further economic implosion, African and broader international mediation efforts should build an enhanced, widely inclusive, high-level negotiations process focused on securing what most South Sudanese seem to want: a peaceful democratic transition. Besides the conflicting parties, the process should include traditional, religious, civil society and political party leaders from all parts of the country.

A renewed process could enhance and build on the 2015 peace agreement by ensuring more inclusive power sharing and security arrangements. The process could consider soft landings for those top officials whose financial and human rights crimes ought to disqualify them from future leadership positions, as an African Union Commission of Inquiry already proposed. At the same time, the peace agreement’s envisioned Hybrid Court should be established expeditiously to address impunity. To safeguard the country’s financial integrity, a negotiated transition should involve a much stronger oversight mechanism, including both South Sudanese and international officials working together to control spending and oversee contracts, where so much corrosive corruption is centered. Liberia’s Governance and Economic Management Assistance Program (GEMAP) is a potential model.

To build immediate international leverage for peace efforts, those leaders most responsible for conflict, atrocities, mass corruption and obstructed peace and humanitarian efforts should be hit with biting personal consequences where it hurts the most: their wallets. The U.S. can lead this by combining potent anti-money laundering measures with expanded targeted sanctions designations, a cocktail of pressure that has worked to secure other foreign policy objectives in places like Burma and Iran. Those sanctions need to be enforced through a hard target, transnational, follow-the-money search for their ill-gotten gains, which our new investigative initiative The Sentry can support. The key is freezing the biggest spoilers out of the international financial system by working with banks to stop money laundering.

South Sudan has a small window to create its own second chance and avert plunging fully into devastating civil war. That second chance could succeed if the incentive structure of the country’s leaders, long favoring war, atrocities, and looting, could be tilted toward peace, human rights, and good governance. 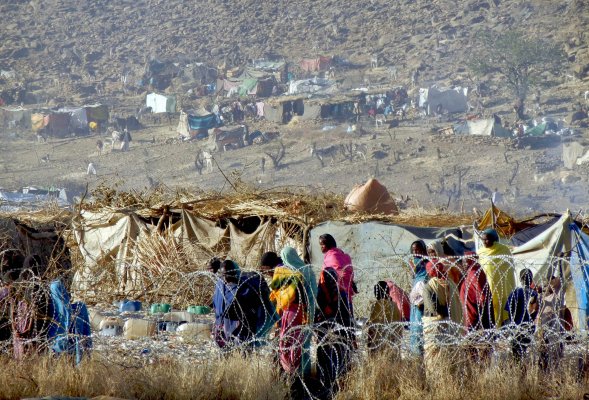 Sudan Has Been Accused of Using Chemical Weapons Against Civilians
Next Up: Editor's Pick