How Apple Is Different Now, 5 Years After Steve Jobs' Death

Today marks five years since Jobs died after a long battle with cancer. He was 56.

The simultaneously charismatic and controversial Apple leader served as chairman of the board until his death. For better or worse, Apple and innovation ran through Jobs’ blood and carried him to his last day. And many Apple fans and detractors alike can’t help but wonder what the company would look like today if Jobs, who died young, was still alive.

Over the last five years, Tim Cook, a decidedly different chief executive, has led Apple. Cook, unlike Jobs, is reserved and quiet. Apple’s current CEO prides himself on Apple’s charitable impact and has, at times, been willing to accept responsibility for mistakes and apologize, like when his company released the error-ridden Apple Maps. Under Cook, Apple has taken a softer (and perhaps nicer) tone, and has shed some of the winner-take-all competitiveness that defined Jobs’ reign as the company’s chief executive.

But differences between Jobs and Cook aren’t major. In fact, Cook, who learned the Apple Way from Jobs, might be more similar to his predecessor than some think.

Cook, like Jobs, has championed Apple’s obsession with secrecy, and has been able to generate billions in profits by making high-priced (and exceedingly profitable) products that people want. In his own way, Cook pushes his employees the way Jobs once did and, like his predecessor, isn’t afraid of a fight.

Cook’s willingness to fight has been on full display in his company’s ongoing battle with Samsung over smartphone dominance and his desire to carry out a protracted patent battle to its bitter end in the U.S. Supreme Court.

He was arguably at his most decisive earlier this year when he declined requests by the Justice Department to help the FBI unlock San Bernardino attacker Syed Farook’s iPhone. Cook said he’d be willing to take his fight to the Supreme Court and in one fell swoop, became a privacy and security champion.

Like Jobs, Cook has also turned his back on conventional wisdom. He has transitioned Apple’s iPhone business from one that requires major updates every other year to one that delivers those upgrades every three years. More importantly, Cook has eliminated components like the headphone jack, that, for generations, have been viewed as must-have features in electronics.

Meanwhile, Cook has followed Jobs’ example of seeking groundbreaking innovation. While his reign so far has been one defined by safe updates to hardware, he’s made moves to improve Apple’s business in healthcare, in music streaming, and in the cloud. He’s also hinted that more innovation will come in similarly burgeoning markets like virtual reality and augmented reality. And although he hasn’t confirmed any plans, the talk of an Apple Car and the company’s desire to break into the automotive industry in the coming years is one that could define Cook’s tenure.

Still, some are left wondering what Apple and the world might look like today if Jobs were still alive and running the show in Cupertino. Jobs had a unique ability to get employees to do the seemingly impossible. Is it possible that under Jobs, we would have seen that once-vaunted and now-forgotten Apple television? Would we already have a car that would compete with the likes of Tesla? Would the iPhone already come with an all-glass face and organic light-emitting diode (OLED) technology next year’s model will reportedly offer? Would Apple have made major acquisitions to position itself more effectively in expanding industries?

Possible answers have been left to pundits and those who want to speculate about what might’ve been. But even his biggest detractors have admitted in recent years that Jobs was a visionary and someone who, in his own brash and perhaps overly aggressive way, would have pushed the envelope of what was possible.

After taking over as Apple’s CEO on an interim basis in 1997 (he turned it into a permanent role in 2000), Jobs turned the company around. Apple was crippled under a corporate structure that had too much bureaucracy and too many products to sell. Jobs eliminated those silos, discontinued product lines, and got down to the business of building high-quality products.

Once Apple was stable, Jobs focused on innovation and delivered historically important upgrades to computers. He’s also credited with starting the latest smartphone craze with 2007’s iPhone launch, and showing that tablets could be viable with the iPad.

Jobs might not have always been first in delivering products, but he was arguably the best at showing the world what the technology industry could do. And he’s the person who put Apple on a path to Earth-shattering profitability.

Cook, meanwhile, served as Jobs’ COO, apprenticing under Apple’s master. Cook learned the art of hype, how to hone in on innovation, and when to cut loose popular but outmoded features. He also learned, in his own way, how to inspire employees.

“Steve was in your face, screaming, and Tim is more quiet, more cerebral in his approach,” said Eddy Cue, Apple’s senior vice president of Internet software and services, in an interview with Fast Company earlier this year. “When you disappoint Tim, even though he isn’t screaming at you, you get the same feeling. I never wanted to disappoint Steve, and I never want to disappoint Tim. [Other than them,] I have that feeling with, like, my dad.”

Still, despite the similarities, Cook learned the most important lesson of all: he’s not Steve Jobs.

Countless times in the last five years, Cook has been unwilling to remember Jobs as someone he could call a colleague, an equal in an industry where unfairly judging another chief executive’s accomplishments has long been fair game. And try as he might to be on the same level as Apple’s co-founder, Cook has resigned himself to the idea that there has never been—and indeed might never be—another Steve Jobs.

“To me, Steve’s not replaceable—by anyone,” Cook said in an interview in August with The Washington Post. “He was an original of a species.”

Now, five years later, Jobs’ Apple is Cook’s Apple. The profits are still there, the iPhone is ubiquitous, and Macs are still popular. Apple—a company Jobs built, saved, and rebuilt—is now a global force with enough cash to do anything it wants.

Jobs might not be here to enjoy the fruits of his labor, but his influence looms large in every product Apple sells. And it’s hard to imagine what the technology industry, let alone Apple, might look like today had Steve Jobs—and all the good and bad that went with him—had not been a part of it. 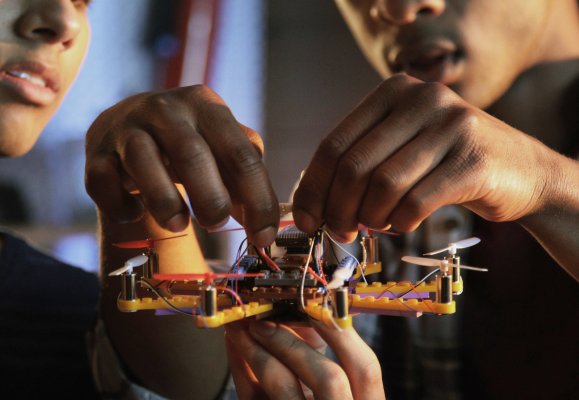