A 7-year-old girl in McKeesport, Pa. told her bus driver on Monday afternoon that she hadn’t been able to wake up her parents that morning. When police responded to the scene, they found both her parents dead of a suspected drug overdose.

The girl had been trying to rouse her parents Christopher Dilly, 26, and Jessica Lally, 25, for more than a day, the Washington Post reports. Three other children were in the home, ranging from nine months to five years.

The deaths are part of what officials call “an opioid overdose epidemic” in Allegheny County, and police said the situation was the second overdose they’d responded to on that block that day.

The four children were checked out at a hospital and taken into custody by the county’s department of children, youth and families. 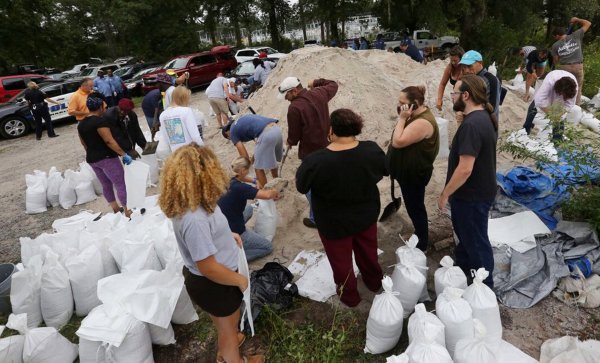 Coastal States Prepare for Hurricane Matthew to Make Landfall
Next Up: Editor's Pick