Kelly Clarkson is human and like most humans, she makes mistakes. Like that time she botched “baby senator” Barack Obama’s name while introducing him to a crowd.

“I completely butchered it,” Clarkson told Seth Meyers when she stopped by Late Night on Tuesday night. “I wanted to die. I wanted to fall down and pretend like, ‘Oh she had a stroke’ or something. I wanted to fake some horrible thing.”

Clarkson felt terrible about her error, as she told Meyers, “I’m like ‘Oh my God this new senator… I feel so horrible. I’ve got to find him and apologize.’” She couldn’t find him at the event, though, and her friends told her to let it go, consoling her with the thought that she wouldn’t even remember the mix-up in the future. “Everyone was like, ‘You’ll never see him again’,” she said. 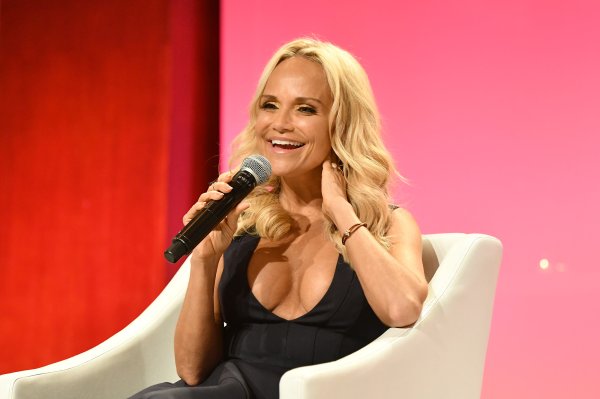 Watch Kristin Chenoweth Sing the Game of Thrones Theme Song Like You've Never Heard It Before
Next Up: Editor's Pick