Southern states on the East Coast braced for Hurricane Matthew on Wednesday with a mix of storm warnings and emergency declarations.

Governors in Florida, Georgia, North Carolina and South Carolina declared a state of emergency in coastal areas, as they asked residents to prepare for the deadly storm to make landfall. At least 11 people died as the hurricane swept through the Caribbean this week, the Associated Press reported.

As of Wednesday at 8 a.m., Hurricane Matthew had reached maximum sustained winds of 115 miles per hour and began to batter the Bahamas, the National Hurricane Center reported. The hurricane—which fell from a Category 4 to a Category 3 storm on Wednesday—is expected to near Florida’s east coast by Thursday evening, the center said.

“You need to be prepared. We are preparing for the worst but hoping for the best,” Scott said, asking residents not to delay evacuation if they think it will be necessary. There is not yet a mandatory evacuation order in effect. “I hope no one in the state takes any chances,” Scott said.

South Carolina Gov. Nikki Haley said people in the coastal counties of Charleston and Beaufort will be ordered to evacuate on Wednesday, the AP reported. Haley said it won’t be necessary to evacuate 1 million residents, as she had originally expected.

“I would love nothing more than to see this just suddenly take a right hand turn and head back out to sea, but as of right now, we’re looking at Friday night into Saturday being pretty brutal,” Haley said Tuesday, the Greenville News reported.

In North Carolina, officials ordered a mandatory evacuation on the University of North Carolina -Wilmington’s campus and along the Cape Lookout National Seashore.

“We are doing everything we can to prepare for Hurricane Matthew and ensure the safety of our citizens and visitors,” Gov. Pat McCrory said, according to local station ABC 11. “I urge everyone on Ocracoke Island to take these evacuation orders seriously.” 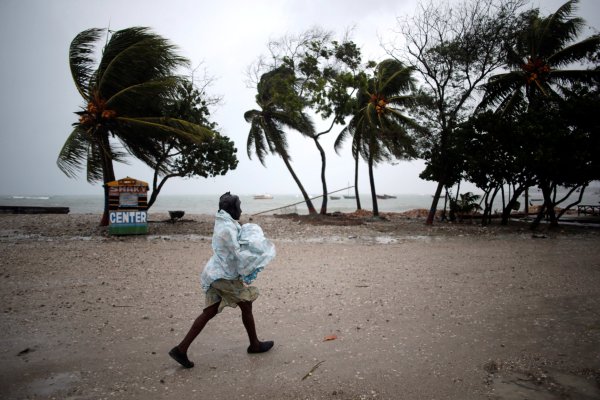 Hurricane Matthew Could Be Strongest to Hit U.S. in Years
Next Up: Editor's Pick