The NRA spent $6.5 million on a 30-second spot that will run on national cable channels as well as broadcast networks in Ohio, Nevada, North Carolina, Pennsylvania and Virginia, Politico reported. While the organization has run other ads opposing Democratic nominee Hillary Clinton, the new ad indicates direct support for Trump, and it’s the group’s biggest ad buy yet.

The ad features a millennial woman, in an apparent play at two demographic groups that polls suggest are siding with Clinton. The woman in the ad, identified by Politico as 26-year-old lawyer Kristi McMains, describes defending herself with a pistol when she was attacked in a parking garage by a man with a knife.

While Trump has often falsely argued that Clinton wants to “abolish” the Second Amendment, Clinton has said she supports the right to own a gun, but she believes in gun safety measures, including expanded background checks.

“I’m not here to repeal the Second Amendment. I’m not here to take away your guns,” Clinton said at the Democratic National Convention. “I just don’t want you to be shot by someone who shouldn’t have a gun in the first place.” 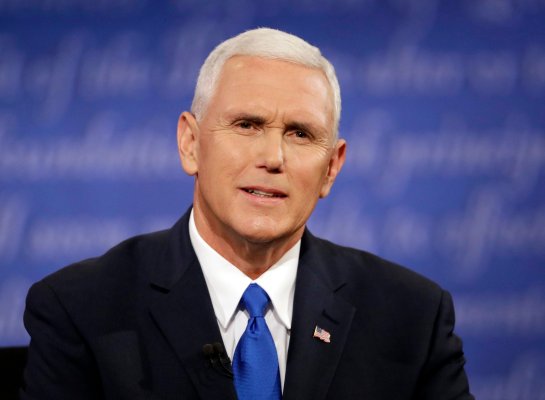