If you only read one thing: Indiana Gov. Mike Pence and Virginia Sen. Tim Kaine’s one-and-only debate face off Tuesday night was more interesting than expected—which isn’t really saying much. It’s not going to change the race in any way, shape, or form, but does provide a window into how both campaigns view the contest with fewer than five weeks until Election Day. Kaine’s role was traditional, following the Clinton campaign’s view that it can win by out-working Trump by conventional means. That meant Kaine was forced to set aside the opportunity to show off his affable self to try to prosecute Donald Trump. He was clearly uncomfortable in the role of attack dog, and his frequent interruptions made him appear more pundit than (vice) presidential. Recognizing their underdog status and the unconventional nature of his campaign, Pence essentially tried to invent a new running-mate. The presidential nominee he spoke of is hardly recognizable for Trump, as Pence whitewashed controversial statements and positions—or simply declined to defend them. Pence won on style—projecting an image for the GOP ticket that hasn’t broken through—even if his substantive evasions are likely to be picked apart in the days ahead. Either way, it may all be for naught, as Trump and Hillary Clinton’s rematch on Sunday night in St. Louis will prove to have more effect on the race.

What Mike Pence’s refusal to defend his running-mate tells us about Mike Pence—and the GOP. A potential October surprise for Trump. And the Clinton Foundation had a filing issue too.

Mike Pence Showed Donald Trump How to Debate
After a rocky performance by his running-mate, Pence showed Trump how it’s done [TIME]

Trump’s October Surprise? It Could Be His 2015 Tax Return
With a key tax deadline approaching, Donald Trump could file a return crafted for public consumption [Wall Street Journal]

“Six times tonight I have said to Governor Pence, I can’t imagine how you can defend your running mate’s position on one issue after the next. And in all six cases, he’s refused to defend his running mate.” — Kaine to Pence during the veep debate

“If your son or my son handled classified information the way Hillary Clinton did they’d be court martialed.” — Pence to Kaine during the veep debate

Read a Transcript of the Vice Presidential Debate [TIME]

How irrelevant is the vice presidency? For nearly a fifth of U.S. history, no one held the office [LA Times] 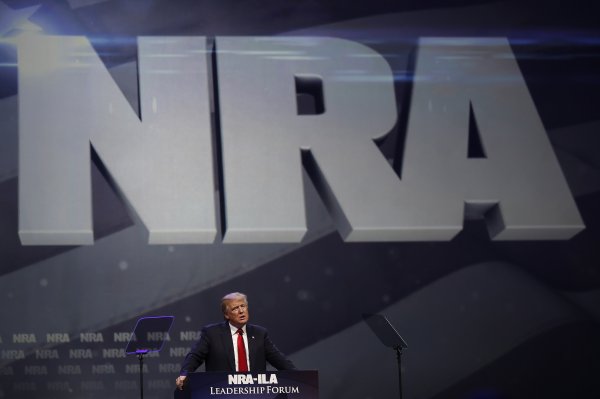