British Man Who Sold Detergent As Cocaine Guilty of Fraud

A British man found to be selling powdered laundry detergent as cocaine will now face sentencing for “possession of an article for use in fraud.”

The Telegraph reports that Jamie Lee Taylor, 27, spent two months making a “fair bit of money” by passing the powdered soap off as cocaine, a court in the Northeast English county of Middlesbrough heard. When he was arrested last month, Taylor was charged with fraud, and also with offering to sell cocaine — even though he was consciously not selling the drug.

“It’s an unusual case. He has not been supplying drugs to anyone,” defense attorney Alex Bousfield told The Telegraph.

He could face up to six years in prison. 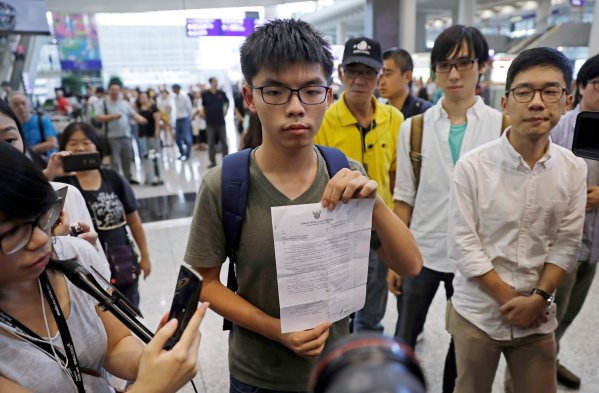 Activist Joshua Wong Has Returned to Hong Kong
Next Up: Editor's Pick