A student in Bangladesh is in critical condition after a vicious knife attack at a college campus in the city of Sylhet on Monday.

Local media reported that Khadiza Begum has only a slim chance of living after suffering multiple stab wounds to the head and forearms. The BBC reports that some students tried to chase her alleged attacker off college grounds and he was arrested as he tried to flee.

The suspect, Badrul Alam, an engineering student and leader of a student union associated with the country’s ruling Awami League, had allegedly stalked Begum and became violent after he was asked to stop.

According to BBC, it is the fourth case of a woman in Bangladesh being attacked after refusing a male suitor in recent months.

Bangladesh’s Home Minister, Asaduzzaman Khan Kamal, told media that the attacker would be held accountable. Local media reported that the attack sparked protests at a local university with demonstrators blocking a major highway. 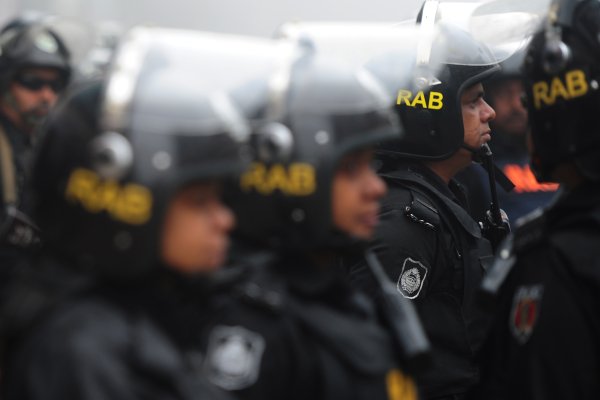 Rights Group Calls on Bangladesh to Stop 'Kneecapping' Detainees
Next Up: Editor's Pick