The Hong Kong Activist Joshua Wong Has Been Detained in Thailand

Demosistō founder Joshua Wong pictured on June 4, 2016, ahead of an annual candlelight vigil in Hong Kong to commemorate the killing of protesters in Beijing's Tiananmen Square in 1989
Anthony Kwan—Getty Images
By Kevin Lui / Hong Kong

Joshua Wong, the 19-year-old Hong Kong student activist who became an icon of the city’s 2014 pro-democracy protests, was detained in Thailand early Wednesday. He had been invited to speak at the country’s top university at an event commemorating the anniversary of a massacre of Thai student activists in 1976.

Demosistō, the political party founded by Wong and his allies, said in a statement that it had been unable to reach him after his flight had landed Tuesday night at Bangkok’s Suvarnabhumi airport.

The party learned of Wong’s detention from Netiwit Chotipatpaisal, a Thai student activist who was due to meet Wong there. Netiwit told Demosistō that the Thai junta had received a letter from the Chinese government regarding Wong’s visit. His requests to see Wong in detention have been declined.

TIME has learned that Wong — who featured on an October 2014 cover of TIME — will be sent back to Hong Kong on a commercial flight scheduled for Wednesday afternoon. A spokesperson for Emirates confirmed that Wong’s name wa on the passenger manifest of its flight departing Bangkok 2:00 p.m. local time. However, other reports suggested that he was put on an earlier flight operated by Hong Kong Airlines.

In a statement to media, Hong Kong’s Immigration Department confirmed that Wong was denied entry into Thailand Wednesday, and that he was waiting to be returned to Hong Kong. It said that it would monitor the situation with the Chinese embassy in Thailand and provide assistance where possible.

Wong had been due to talk about lessons learned from the 79-day pro-democracy protest in Hong Kong in 2014, known as the Umbrella Revolution — of which he was a leader — as well as his more recent experience in party politics, which saw 23-year-old party co-founder Nathan Law become Hong Kong’s youngest legislator.

Law told TIME Wednesday morning that Thai police had not given any specific reason for detaining Wong, calling the situation “ridiculous.” He said that attempts to locate or contact him were unsuccessful, and expressed concern over how Wong might be treated in detention.

Both of them avoided jail sentences last month when a magistrate denied the Hong Kong government’s request to have them imprisoned over events in September 2014 that kick-started the protests.

Wong had been invited by Chulalongkorn University and Thammasat University to speak at an Oct. 6 event, which marks the 40th anniversary of a massacre of student protestors in Bangkok by police, military and paramilitary forces.

Some foreign media reported that Wong was held at Beijing’s request. However, Paul Quaglia, a Bangkok-based security expert for PQA Associates, told TIME that the junta would have its own reasons to hold the young activist. The military regime, he said, “has no interest in a foreign student democracy leader coming here to speak to Thai students on the anniversary of the 1976 student massacre [and to] stir up talk about democracy among Thai students.”

He adds: “About a month ago there were several newspaper stories here about Joshua Wong being invited to speak. Everybody knew he was coming into town.”

Law told TIME that “lots of human rights defenders in Vietnam and Thailand” had been inspired by the Umbrella Revolution. “If Joshua Wong could have successfully talked there, that influence would have been enhanced, which is not a situation the military government in Thailand wants to see.”

Local media reported that Wong had been held because he was considered a “security risk.”

This is not the first time Wong has been denied entry to a Southeast Asian country. Last May, he was unable to enter Penang, Malaysia, where he had been invited to give talks about his experience as a campaigner.

The state of free speech in Thailand has meanwhile been in consistent decline since the junta came to power in a 2014 coup.

The military regime has a track record of obliging Beijing by deporting to the mainland those who have run foul of the Chinese authorities, or permitting their rendition apparently by Chinese agents.

In 2015, the junta deported 109 Uighur asylum seekers to China in a move described by the U.N.’s refugee agency as a violation of international law.

Last year, Gui Minhai — a Chinese-Swedish businessman and head of a Hong Kong–based publishing company that specialized in works critical of Chinese leaders — vanished from his home in the resort city of Pattaya before mysteriously reappearing on Chinese state-run television “confessing” to assorted criminal charges.

Earlier this year, Chinese dissidents in Bangkok told TIME that they felt unsafe and reported being tailed by men speaking Mandarin. One said: “If I disappear tomorrow, you will have no doubt about who took me. The [Chinese] Communist Party is too powerful.”

“Wong should be freed immediately and allowed to travel and exercise his right to free expression,” she added.

However, Quaglia said: “Last time they deported the Uighurs back to China they got a lot of criticism from the U.N. … So I think the military government is a little more circumspect in what it does these days in terms of supporting China.” 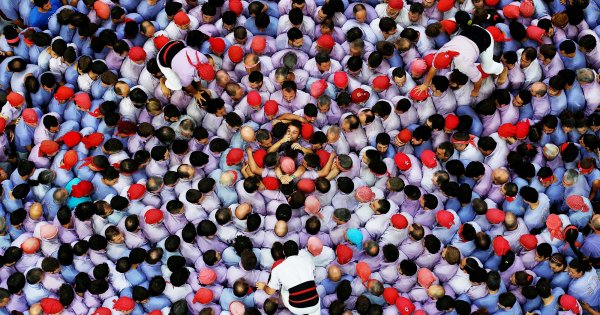