A Mexican Perspective on the U.S. Election

During the 2012 US presidential election, Mexico – or rather, the idea of Mexico – wasn’t an issue. Romney and Obama may have mentioned it during discussions on immigration reform, the border separating the two countries, or drug policy, but this was in passing, offhand.
Mexico itself as a country was not a topic of conversation. Back then, some of my compatriots lamented the irrelevance of Mexico in the political platforms and public debates of their northern neighbour, sad to see that Mexico – indeed, seemingly all of Latin America – had simply fallen off the US radar.

Looking back from 2016, maybe irrelevance wasn’t such a bad thing after all.

Over the past year, Donald Trump has made anti-Mexican sentiment a primary driver of his presidential campaign. He has characterised Mexican immigrants as criminals and rapists and proposed the construction of a border wall that would stop “illegals” from entering the US.

He has threatened to roll back the North American Free Trade Agreement (NAFTA) to stop Mexico and Mexicans from “killing us on jobs and trade.”

Trump’s assertions aren’t just offensive – they’re also empirically wrong. On the connection between immigration and criminality, for example, it turns out immigrants are less likely to commit crimes than those born in the US. In fact, immigration may actually contribute to reducing crime rates and have a positive effect on economic growth.

What’s more, the supposedly unstoppable flow of “illegals” across the border has actually been declining for several years. In fact, the migratory balance between Mexico and the United States is now negative: more people are returning to Mexico than emigrating to the US.

But what about free trade? Well, it’s complicated, but factually, not all the benefit has gone to Mexico. Nor are the bulk of US jobs lost since the 1990s attributable to NAFTA but rather to competition from China and other factors.

How Mexico is portrayed in and by the United States is, to me, a rich subject.

Mexico and the United States are profoundly integrated – the depth and intensity of the ties that bind the two countries are unarguable. But the everyday experience of this relationship stands in stark contrast with the way many Mexicans and Americans still see each other, more through their alleged “civilisational differences” than through their actual common history.

North America might be many things — a geographic expression, a commercial bloc, a cultural laboratory — but it is not, alas, what Walter Lippman called “a picture inside our heads”. Data abounds on the actual existence of North America as real place, but Mexico and America nonetheless lack a vision to provide it with meaning, a story to make it intelligible to average citizens in both countries.

In other words, North America is a big phenomenon without a narrative to speak for it.

The absence of this North American narrative has paved the way for someone like Donald Trump to mobilise anti-Mexican sentiments among sectors of the American populace who feel threatened by diversity, for whom Mexico and Mexicans have become scapegoats for their economic and cultural anxieties.

But beyond xenophobia, the fact that Trump’s attacks have gone mostly unchallenged shows an alarming vacuum of political leadership on an issue of critical importance to both countries. Apparently, the North American project has no one to champion it anymore.

As Roberto Suro observed recently at a binational seminar at the Colegio de la Frontera Norte in Tijuana, there has not been a clear and strong response to openly defend NAFTA – not in the Republican party, certainly, but neither have Democrats, the Mexican government, civil society organisations on either side of the border, or the Mexican-American community responded to the attacks.

Trump’s falsehoods have been met, largely, with silence.

This, despite the fact that most Americans don’t seem to agree with Trump’s tirades against free trade, or even with his anti-Mexican rhetoric. Though public opinion of the United States’ neighbour to the south saw a gradual decline between 2005 and 2013, in the past three years Mexico’s image has been slightly on the rise.

In that sense, whatever happens in November, Donald Trump has already won. His campaign has successfully hushed the voices that could have spoken about the actual benefits of NAFTA.

In previous electoral cycles, immigration reform was still a matter of proposals and debate; after Trump, it’s become such a toxic subject that it is simply no longer on the table. In all likelihood, the reputation of Mexico in American public opinion will go down again, as will NAFTA.

In the end, Trump has brought anti-Mexican sentiment into the political mainstream and shown how electorally profitable it can be.

Let us not entertain false hopes: this phenomenon is not going to go away after November. Even if Hillary Clinton is the next president of the United States, Trumpism – with or without Trump – will be a force to be reckoned with for the foreseeable future. 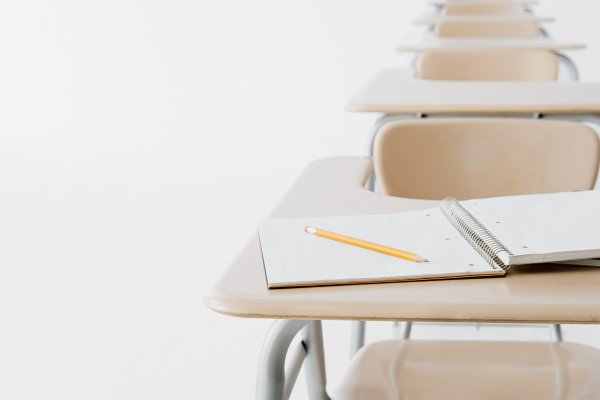 What I Learned When I Went Back to School After Having a Baby in Cameroon
Next Up: Editor's Pick