Google has long been happy to develop and license Android software to third-party smartphone makers like Samsung, rather than create its own devices in-house. Even Google-branded Nexus phones were manufactured by contractors HTC and LG and were partially intended as reference designs, or gentle reminders to the company’s partners about what the Android experience should feel like. The company’s $12.5 billion acquisition of handset maker Motorola in 2011 failed to create the competitive mobile hardware division once imagined by executives and was eventually sold to Lenovo for a paltry $2.91 billion three years later. Nevertheless, thanks to licensing, Android marched on to dominating market share (87.6% for Google compared to 11.7% for Apple’s competing iOS in the second quarter of this year, according to researcher IDC).

There were downsides to Google’s approach, though. Because hardware manufacturers are largely free to tinker with Android, many devices are laden with “bloatware,” or unwanted software. This so-called fragmentation also means Android software updates don’t always roll out evenly to Android phone users, keeping some from benefiting from new features and leaving others susceptible to malware. And controversies like Samsung’s recent Galaxy recall over potentially explosive batteries may not reflect badly on Google’s technology, but could turn off some users from the platform. (Not that Apple hasn’t had it’s own manufacturing controversies over the years; see bumper-gate and bend-gate.)

Google’s new Pixel phones may be an answer to all of these problems. Google is effectively mimicking Apple’s design philosophy by managing both the hardware and software aspects of its devices. Done well, that level of control can result in faster phones with cleaner interfaces, more advanced features (like Google Assistant) and higher overall quality. It is becoming increasingly clear that advancements in software require corresponding, often coordinated advancements in hardware as mobile phones mature.

The new Pixels, hopefully, represent a better Android experience for users. They may also scramble the way Google looks at the phones business. Despite its smaller share, Apple collects 94% of the entire market’s smartphone profits. The iPhone made just over $24 billion in revenue in the most recent quarter alone because the company makes money on its hardware. Up to now, Google hasn’t depended on hardware sales, focusing instead on getting its operating system in as many hands as possible to drive its search-based advertising business. If the Pixels are a hit, that could change the company’s calculations.

Of course, in the hardscrabble mobile phone market, that’s still a big if. Specs and flashy promo videos are one thing, real-world performance is another. And yet, a purer Android experience is something the company’s fans are likely to cheer. 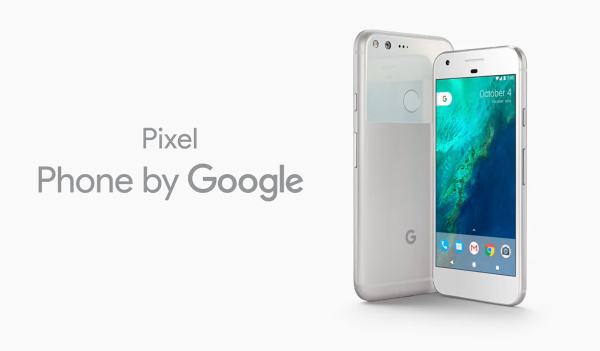 Meet Google's Big Answer to the iPhone
Next Up: Editor's Pick