The 5 Biggest Announcements Google Just Made

Google had plenty to announce during its event on Tuesday, including the debut of two new smartphones, the introduction of its first virtual reality headset, and more details about its Home smart speaker.

Here’s a look at the biggest news of the day:

Google’s new smartphones, the Pixel and Pixel XL, are the first handsets to be designed and engineered in-house by the company. This is evident in the phone’s design, which has a slicker, more premium glass and aluminum build than Google’s previous Nexus phones.

The Pixel devices are available in three colors and are available for preorder immediately. Google is flaunting the phones’ improved camera and embedded intelligent assistant as their main draw.

Google unveiled its smartphone virtual reality platform, Daydream, in May. But little was known about how the technology would come to market. Now, Google has revealed its Daydream View headset, a head-mounted viewer designed to work with compatible smartphones.

Unlike most VR headgear, the Daydream View is made of soft fabric that the company claims makes it more comfortable to wear. Its accompanying remote includes sensors that enable users to swing, point, and aim precisely for video games and more. DayDream View launches in November for $79.

Google is also releasing a new version of its Chromecast streaming dongle that can stream 4K video. The upcoming Chromecast Ultra will cost $69 when it launches in November. Google says it’s nearly twice as fast as Google’s older Chromecast.

Google Home, the smart speaker Google announced in May, will cost $129 and ships on Nov. 4, the company announced Tuesday.

In addition to revealing pricing and availability, Google shared more details about how Home will work and which types of apps and gadgets it will be compatible with. It supports streaming services like Spotify and Pandora, and can function as a hub for intelligent home gadgets like those made by Nest and Philips Hue.

Google on Tuesday shared more about its vision for the Google Assistant, which CEO Sundar Pichai described as being everybody’s “personal Google.”

Google Assistant ties together various Google services like Search, Maps, and Translate, among others. It’s available in new Google products like the Pixel phones, Home, and the Allo messaging app which launched last month. Google announced Tuesday that Assistant will be compatible with third-party services, enabling Google device owners to do things like control their automated home products or summon an Uber. 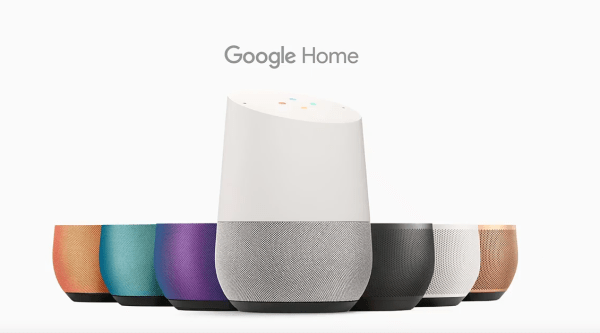 Here's When Google's Amazon Echo Rival Will Launch
Next Up: Editor's Pick