Adam Devine and Vice President Biden on Funny or Die.
Funny or Die
By Melissa Locker

Vice President Joe Biden has a bit of a reputation as a fun-loving party animal. So when Adam Devine needed a crime-fighting partner for an undercover operation at a college party, he knew just who to call.

A new video from Funny or Die features Biden and Devine crashing frat parties to help get the word out about a serious issue that affects college kids everywhere—sexual assault on campus, an issue that Biden has been vocal about, particularly in the wake of Stanford sexual assault case.

In the clip, the Veep keeps his sunglasses on at the party to conceal his true identity and tries to pass his Secret Service off as friends from the football team. He almost gets away with it until he accidentally tells a story about hanging with President Barack Obama. He saves himself, though: “I mean, I’m at the frat house watching a program about llamas on YouTube, you know?”

Biden and Devine drop the act to share their important message, though, reminding viewers how they can help prevent sexual assault. The video is a collaboration between the White House-launched It’s On Us campaign and Funny or Die, the people behind Between Two Ferns. 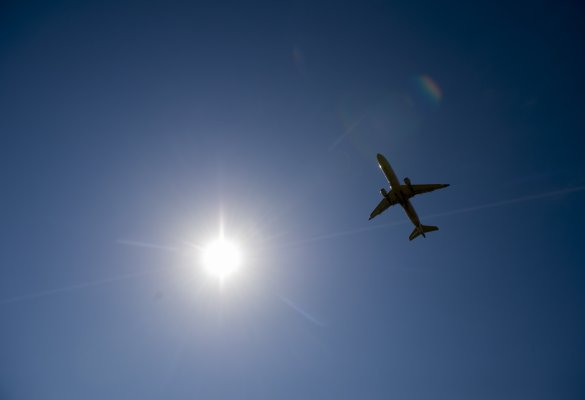 Watch a Plane Make a Safe Landing in Extremely Intense Winds
Next Up: Editor's Pick