Don’t set up that blind date for Dakota Fanning just yet.

The 22-year-old actress says that she’s not one to put herself out there romantically, revealing that she isn’t especially keen on going out on dates – and all the contrived bells and whistles that come with it.

“I find dates, in general, horrific,” the actress tells Town & Country in the cover story for its latest issue, out Oct. 11.

“We have to sit there and ask these questions and pretend to eat a meal, and it just feels so stiff,” she adds.

A far better option for her?

“The way I prefer to meet someone is through a friend [because that means the person] is most likely not a freak,” she explains.

Fanning has largely remained low-key about her personal life. She was most recently linked to British model Jamie Strachan.

That kind of discretion is of paramount importance to Fanning.

“I was raised by very traditional Southern parents with Southern manners,” she tells Town & Country. “You don’t air your dirty laundry to people that aren’t your family or your friends. Why would I ever want to portray myself as anything other than together?”

Still, having started out as a child star who appeared in such shows as Ally McBeal and ER at the age of 6, Fanning can’t escape the fact that she has, for the majority of her life, lived in the public eye.

“I’ve been thinking lately about how much do I care what other people’s preconceived notions of me are,” she says. “They definitely exist. They always will, to an extent, because I’ve been acting for 16 years already and I’m 22.”

Fanning can next be seen in American Pastoral, the highly anticipated screen adaptation of the celebrated Philip Roth novel about a family dealing with a daughter’s radical actions amid the political turmoil of the 1960s and protests against the Vietnam War.

It arrives in theaters on Oct. 28. 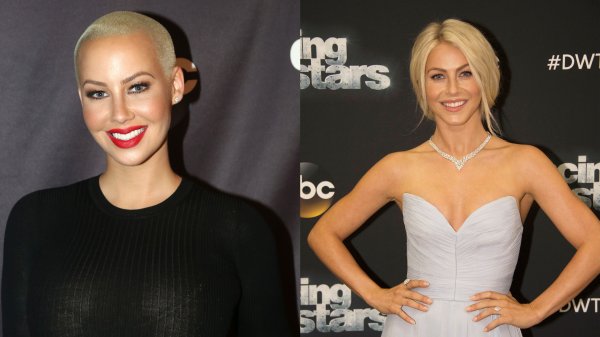 Amber Rose Apologizes to Julianne Hough After Accusing Her of Body-Shaming
Next Up: Editor's Pick