Pop singer Eden xo has been the frontwoman for rock bands, has opened for Britney Spears, and has impersonated a hard-partying Sleeping Beauty for a music video—but it looks like she’s finally coming into her own in the trippy, stylized new video for her latest single, “El Barrio.”

The peroxide-blonde ingenue (real name: Jessica Eden Malakouti) has the manicured look of a modern-day Gwen Stefani as she breathily sings the story of love against all odds—”classic good girl meets bad boy,” as she told Idolator. It’s not just a random storyline, either; it’s partially based on her mom’s life, she explained: “She ran away to Mexico and got married when she was just 19. There’s a whole story there that’s not mine to tell, but it gave me some good inspiration to draw on.” Except that in the neon-lit world of Eden xo, the titular “barrio” is actually an alien planet of black lights and crinkly silver surfaces, which matches nicely with the spacey vibe of the synth-forward melody.

“Everyone I used to know thinks I’m insane in the membrane,” she sings, decked out in an elaborate headpiece. “My mother told me I should break ties.” Looks like the allure of her neon-tattooed extraterrestrial lover is hard to quit. 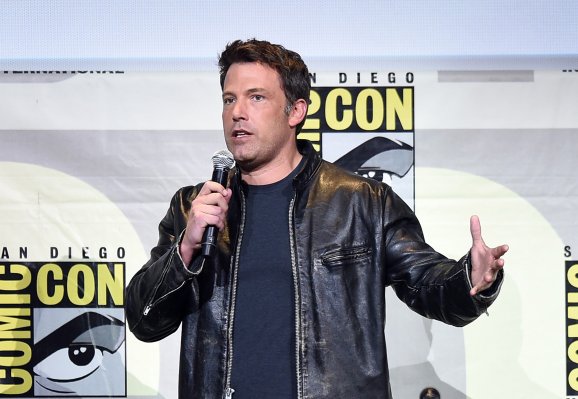 Ben Affleck Is Every Diehard Football Fan When He Hilariously Finds Out His Team Lost
Next Up: Editor's Pick