Google announced that its Home smart speaker will be available for preorder starting immediately, and will ship on Nov. 4. for $129. The company also shared more details about how Home will work, and which apps and gadgets it will be compatible with.

Google says Home‘s design was inspired by standard household items, like wine glasses. Home can also be customized by swapping out the base portion, which will be available in multiple colors.

Google Home will support Spotify, Pandora, Google Play Music, and YouTube Music as well as a few other streaming services. Owners will be able to set a default service, so that they don’t have to specify which app they’d like to use each time they ask Home to play a song. Since it has Google’s search prowess built in, users will be able to ask Home to play tunes even if they can’t remember a song’s name. For example, a user could say something like, “Play that Shakira song from Zootopia.”

Google Home can also answer questions using the company’s Knowledge Graph and other Internet sources. Since the smart speaker is powered by Google Assistant, it can translate speech and provide transportation directions and traffic updates. Owners will also be able to add items to their shopping lists via the Google Assistant, similar to how Amazon’s Echo speaker makes it possible to shop with your voice.

The Google Home will also function as a hub for controlling smart home gadgets like those made by Nest and Philips Hue. Home can be used to control Chromecast streaming sticks as well, meaning owners will be able to control playback and add videos to a playlist with their voice.

Google first unveiled Home during its developer conference in May, but it didn’t reveal details around price and availability until now.

Home‘s launch comes as Amazon’s Echo has turned into a sleeper hit. Amazon has been rapidly improving on the Echo, which launched in 2014 and is powered by Amazon’s Alexa voice assistant. Since the first model was released, Amazon has debuted a portable version called the Tap and a smaller Echo Dot device. 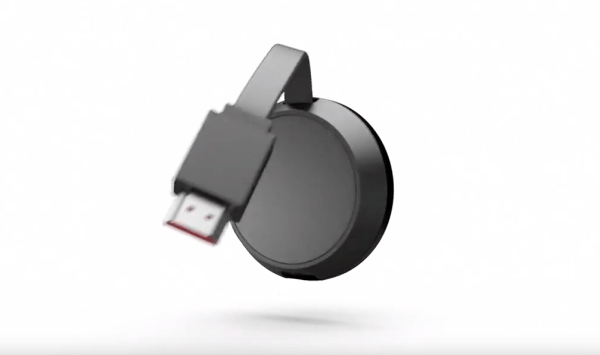 Google is Releasing a New Chromecast That Can Stream 4K Video
Next Up: Editor's Pick