Tiger Woods poses with the winners trophy and Arnold Palmer after his victory in the Arnold Palmer Invitational presented by MasterCard held on March 16, 2008 at Bay Hill Golf Club and Lodge in Orlando, Florida.
Chris Condon—US PGA TOUR/Getty Images
Ideas
By Arnold Palmer
Arnold Palmer, who died Sept. 25, was a golfer and author of the forthcoming book A Life Well Played: My Stories.

I first met Tiger Woods in 1991 when the U.S. Junior Amateur championship was held at my Bay Hill Club & Lodge in Orlando, and I liked the kid and his father, Earl, right away. Tiger won the first of his three straight Junior Amateur titles that year (and six straight USGA championships), an omen if ever there was one as it related not only to his success in USGA events but also in my professional tournament, the Arnold Palmer Invitational Presented by MasterCard.

Five years later, in October 1995, Tiger and I met for dinner when he drove from Stanford University, where he was a sophomore at the time, to Napa, California, where I was playing in the TransAmerica Golf Championship. He wanted to pick my brain about a range of golf-related topics, including the pros and cons of turning professional. I was delighted to oblige, and I picked up the dinner tab, naturally. It was the right thing to do as the elder person, and even though Tiger already was a two-time U.S. Amateur champion and a golfer of renown he was still a college kid.

Unfortunately, that little gesture ended up almost getting Tiger in trouble, because the NCAA has a rule—among many—that prohibits student-athletes from receiving benefits because of their status or reputation. And Tiger was the most celebrated college golfer to come along in decades, having won five straight USGA titles at that point—three U.S. Junior Amateurs and two U.S. Amateurs. (The NCAA also could have penalized Tiger for receiving benefits from an equipment manufacturer, because I had my own club company.) To make things right, Tiger had to write a check to me for $25. Funny, I don’t remember whether or not I ever cashed that check. Oh, well, Tiger was off the hook, and thank goodness for that.

Boy, was his mother, Kultida, angry about the NCAA’s involvement, telling one newspaper reporter, “The kid was just trying to learn knowledge.” I wasn’t too thrilled myself. Seemed like an unreasonable rule to me.

Jack Nicklaus and I played a Masters practice round with Tiger in 1996; that’s when Jack made his famous declaration that he had just played with a kid who was going to win more Masters than him and me combined (10). The following year Tiger got off to a great start on that journey when he won the 1997 Masters by 12 strokes with a record 18-under-par 270 total.

Many people know that he warmed up for that impressive performance by shooting a 59 at Isleworth Country Club in a practice round with his neighbor, Mark O’Meara. That occurred on a Friday, six days before the opening round of that year’s Masters. Isleworth, a par-72 layout in Windermere, Florida, is not far from Bay Hill Club. I designed the course, which opened in 1986, so I certainly knew how good a 13-under-par 59 was on the 7,179-yard layout.

What few people know is that the day before Tiger shot his 59, he joined me for a round of golf at Bay Hill with my business manager from IMG, Alastair Johnston. I like to claim, with a wink, that I helped Tiger warm up for his first major championship win.

Obviously, the twenty-one-year-old Tiger was at the top of his game at that time, but the old guy—I was 67 then— hung in there. We had a friendly little match for $100, and hard as I tried, I couldn’t quite hold off a player of that caliber, in his prime—not even on my own golf course. Tiger closed me out on the 17th hole. On the 18th tee, deciding that I didn’t want to let Tiger get into my pocket without a last-ditch effort, I challenged Tiger to a one-hole playoff, double or nothing. He readily accepted.

We both hit good drives in the fairway on what is Bay Hill’s tough closing par-4 that measures 458 yards and features an oblong green that wraps around a lake. Of course, Tiger was miles ahead of me. I needed a driver to reach the green with my second shot, and I wasn’t going to back down. I pulled out the driver. You know: go for broke.

I’ll let Alastair tell part of the story from here because I wasn’t privy to his conversation with Tiger until much later: “I was standing next to Tiger, and he was really enjoying watching Arnold grinding it out,” Alastair said. “He said to me, ‘Arnold never gives up, does he?’”

No, I don’t. I hit my second shot through the green and into the back bunker, while Tiger found the green with his second shot. I got up and down for a par. Tiger missed his birdie putt, and we halved the hole.

Tiger Woods has won my tournament eight times, tying a PGA Tour record, and it’s been a pleasure to shake his hand at the end and congratulate him each time. Tiger and I have had a very good relationship over the years, but I sensed that we grew closer as he got a little bit older. I know when he won my tournament for the fifth time in 2008 we shared a warm embrace, and it felt different than other years. Tiger’s father had passed away in 2005, and his relationship with his dad was as strong as mine was with Pap. Perhaps that came through when we shared that hug, and that in some small way he looked upon me as a father figure of sorts.

Nevertheless, on this occasion, he didn’t get to walk off the 18th green with more of my hard-earned cash. But he did get a handshake. The following Sunday, he won the Masters.

I’d say that Tiger Woods had quite a couple of weeks of good golf. I’d also like to say I helped by putting him in a good competitive frame of mind. But I think we all know he didn’t need my help for that. 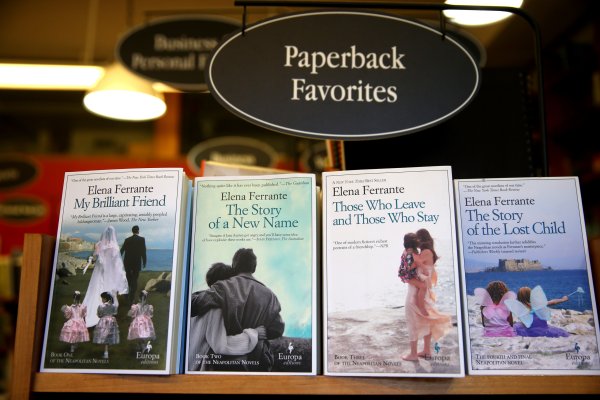 Elena Ferrante, the Clintons and the Beauty of Anonymity
Next Up: Editor's Pick