Watch The Rock, Lin-Manuel Miranda and the Star of Disney's Moana Compete in an Eyebrow-Raising Contest

Dwayne ‘The Rock’ Johnson may be known for his signature eyebrow raise (known colloquially as the “People’s Eyebrow,”) but Disney’s newest face, Auli’i Cravalho of Moana, decided to give him a run for his money.

“Dwayne and I are here, and we have a little bet: that I, you know, being the main character in Moana, I can do the People’s Eyebrow. And I can do it better than him,” Cravalho explains cheekily in a video shared to Twitter. So the two Moana co-stars give the camera their best face. While The Rock says he appreciates the young actress’s confidence, he’s not so sure she has what it takes to make the signature expression; he even compliments his own look, calling it “sexy,” to Auli’i’s disbelief. The real test: which of the two can do not just one but both sides.

Luckily, Hamilton‘s Lin-Manuel Miranda—who’s also a contributor to Moana as a composer on the soundtrack—jumps in at the last second to proclaim a winner of the contest. (It seems The Rock’s ego is strong enough to handle the verdict either way, in case you were worried about him.) 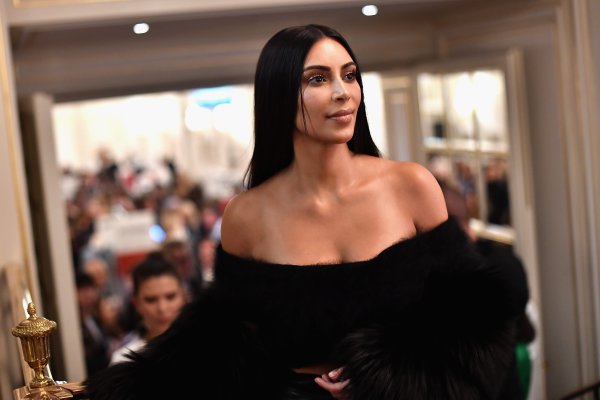 Kim Kardashian West Leaves Paris After Being Robbed of $10 Million in Jewelry
Next Up: Editor's Pick