Bob Bradley during a French L2 soccer game on May 13, 2016 in Le Havre, France.
CHARLY TRIBALLEAU—AFP/Getty Images
By Julia Zorthian

Soccer coach Bob Bradley has become the first American to lead a team in one of Europe’s major soccer leagues, as Swansea City club announced his hiring as head coach Monday.

Bradley coached teams for the U.S., Egypt and Norway previously, and has been coaching a second division French team since November. Swansea City, a team in the English Premier League, is replacing Italian coach Francesco Guidolin with Bradley amidst a losing streak that has lasted the entire season, CNN reports.

“We are delighted Bob has agreed to join us,” said Swansea City chairman Huw Jenkins in a statement. “It is never easy changing managers, but we are looking at a long-term appointment and we are confident Bob can settle us down and stabilize matters on and off the pitch.”

Bradley will have his first match as coach on Oct. 15 against Arsenal. 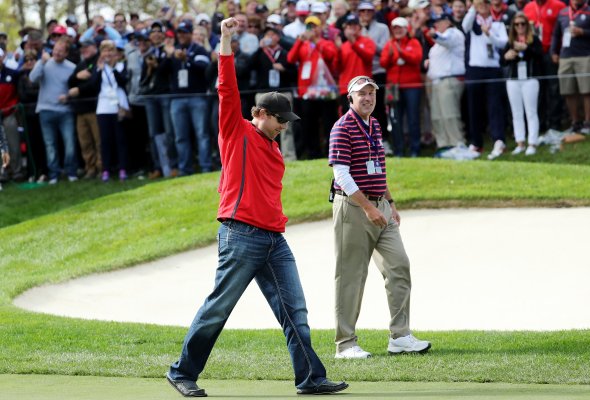 American Heckler at Ryder Cup Gets Challenged to Putt, Sinks It, Wins $100
Next Up: Editor's Pick