President Barack Obama has said there is a direct correlation between the emergence of Sarah Palin as the 2008 Republican vice-presidential pick and the rise of Republican presidential nominee Donald Trump.

In an interview with New York magazine, the president says there has existed a dynamic in national politics since his election that has made cooperation with Democrats and the Obama administration toxic to the Republican base, which he says is clear in this election cycle.

“I see a straight line from the announcement of Sarah Palin as the vice-presidential nominee to what we see today in Donald Trump, the emergence of the Freedom Caucus, the tea party, and the shift in the center of gravity for the Republican Party,” Obama said.

Donald Trump has galvanized blue collar workers among the American electorate who have often felt left behind by Washington and national politics. The populist language he has adopted on the campaign trail—paired with the anti-trade, America-first policies he champions—links back to the spirit that made former Gov. Sarah Palin a national force in the years after the 2008 election.

In the wide-ranging, reflective interview, President Obama also addressed the issues he has had with the Republican Party in Congress throughout his presidency. The president characterized the dynamic between his administration and Republicans in Congress, as “a series of moments” where the GOP leadership felt it was more beneficial to them—in terms of recapturing the majority in Congress and protecting themselves from a tea-party takeover—not to work with the administration.

The president says that while he has cordial relationships with a lot of members of the GOP, if they’re worried about their standing among voters there’s little room for compromise. Throughout the president’s last year in office, Obama has argued repeatedly that the gridlock and dysfunction that has come to define Washington will have a lasting impact on federal politics. 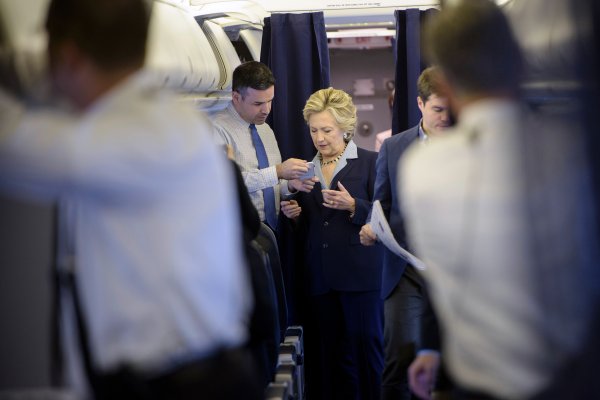 Clinton Returns to Ohio in a Changed Race
Next Up: Editor's Pick