How Ohio Has Changed Since Hillary Clinton's Last Trip

If you only read one thing: A bombshell New York Times report this weekend reveals that Donald Trump took a massive tax write-off on his income in 1995, and potentially paid no federal income taxes for more than a decade. The report, based off of leaked copies of Trump’s returns, confirms what experts had long suspected—that Trump’s tax rate was often 0%—and provides a boost to Hillary Clinton campaign, which has argued his failure to release his tax returns demonstrates he has something to hide. Trump’s team hasn’t disputed the substance of the Times’ report, only threatening legal action for publishing his returns. Trump has maintained that his taxes have been under audit and that he therefore could not release them—though the IRS says otherwise. Trump surrogates furiously tried to spin away the confirmation as a sign of his “genius,” as both Rudy Giuliani and Chris Christie put it, that Trump minimized the amount of tax he was legally obligated to pay and paid no more. While nothing about this is a question of legality, it’s a question of optics—and on two fronts. It’s a reminder of Trump’s checkered business history in which his early enterprises failed spectacularly, often with large collateral damage. And it fuels Clinton’s argument that Trump would use the White House to benefit himself financially.

Clinton is returning to Ohio for the first time in a month, where she is expected to deliver a populist speech aimed at firing up young voters and those concerned about big business. She will specifically call out the practices of Wells Fargo and Mylan Pharmaceuticals, which have dominated the national news, while calling for profit sharing and additional workforce training. The trip comes as the state has lost some of its bellwether sheen, but a victory there would all-but seal the deal for Clinton in November. Trump is heading out West to Colorado, Arizona, and Nevada this week—the former once thought to be off the map in Clinton’s favor—as he seeks to provide himself more options for reaching 270 electoral votes.

Trump’s tax hypocrisy. The debate commission confirms he had a bum mic in the hall. And King James endorses Clinton.

“There’s been a lot of talk about sex tapes today and in a strange turn of events only one adult film has emerged today and its star is Donald Trump.” — Clinton campaign spokesman Nick Merrill on the revelation that Trump made a cameo in a an adult film

Donald Trump Has Long Blasted Others for Not Paying Taxes [TIME]

Hillary Clinton: ‘Who Gets Up at 3 in the Morning to Engage in a Twitter Attack?’ [TIME]

On Twitter, Hate Speech Bounded Only by a Character Limit [New York Times] 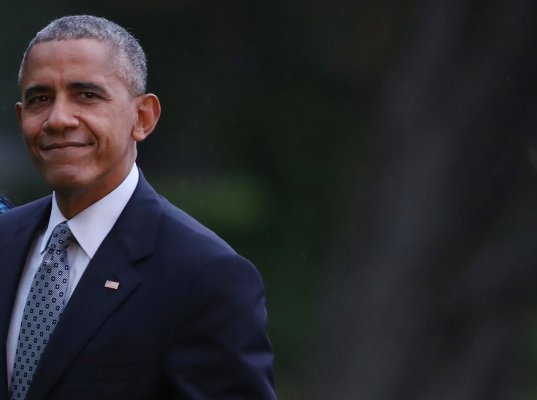