The logo of Germany's biggest lender Deutsche Bank is seen on a branch of the bank in Berlin's Mitte district on September 30, 2016. Shares in Deutsche Bank plummeted on the Frankfurt stock market, dragging other European banks and global markets down with it, after reports some customers were pulling money out.
TOBIAS SCHWARZ—AFP/Getty Images
By Georgina Prodhan, Kathrin Jones and Lawrence Delevingne / Reuters

FRANKFURT, Oct 3 (Reuters) – Deutsche Bank is throwing its energies into reaching a settlement before next month’s presidential election with U.S. authorities demanding a fine of up to $14 billion for mis-selling mortgage-backed securities.

The threat of such a large fine has pushed Deutsche shares to record lows, and a cut-price settlement is urgently needed to reverse the trend and help to restore confidence in Germany’s largest lender.

Its shares won’t trade in Germany on Monday because of a public holiday, but they will resume trading on the U.S. market later on Monday.

A media report late on Friday that Deutsche and the U.S. Department of Justice were close to agreeing on a settlement of $5.4 billion lifted the stock 6 percent higher, but that report has not been confirmed.

The Wall Street Journal reported on Sunday that the bank‘s talks with the DOJ were continuing. Details are in flux, with no deal yet presented to senior decision makers for approval on either side, the paper said, citing people familiar with the matter.

“Clearly, so long as a fine of this order of magnitude ($14 billion) is an even remote possibility, markets worry,” UniCredit Chief Economist Erik F. Nielsen wrote in a note on Sunday.

Ratings agency Moody’s said it would be positive for bondholders if the lender could settle for around $3.1 billion, while a fine as high as $5.7 billion would dent 2016 profitability but not significantly impair the bank‘s capital position.

Deutsche is much smaller than Wall Street rivals such as JPMorgan and Citigroup.

But it has significant trading relationships with all of the world’s largest finance houses and the International Monetary Fund this year identified it as a bigger potential risk to the wider financial system than any other global bank.

Deutsche Chief Executive John Cryan will be in Washington this week for the annual meeting of the IMF, and the Frankfurter Allgemeine Zeitung reported that other executives would join him to try to negotiate a settlement with the U.S. authorities.

Like fellow large European banks also under investigation for mis-selling mortgage-backed securities — Credit Suisse and Barclays — Deutsche will want to get a deal done with the current administration still in power.

A new administration to be installed after the Nov. 8 election will bring unknown risks and likely delays.

Domestically, Deutsche Bank is fighting a rearguard action, seeking to shore up confidence among the public, politicians and regulators who say the bank brought many of its problems upon itself by overreaching itself and then reacting too slowly to the 2008 financial crisis.

It suffered a further blow to its image this weekend with a third IT outage in the space of a few months on Saturday, denying some customers access to their money for a short time.

German business leaders from companies including BASF , Daimler, E.ON, RWE and Siemens lined up to defend the bank in a front-page article in the Frankfurter Allgemeine Sonntagszeitung.

“German industry needs a Deutsche Bank to accompany us out into the world,” BASF Chairman Juergen Hambrecht said.

A spokesman for a blue-chip company that did not feature in the article told Reuters he had been asked by Deutsche for an executive to provide a similar supportive comment.

Deutsche Bank and the government in Berlin have had to play a delicate balancing act, emphasising the substance and importance of the bank without implying any need for state aid or willingness to supply it.

The bank has a market capitalisation of only about 15.9 billion euros ($17.9 billion) and would almost certainly have to raise fresh cash to pay the full DOJ demand.

Both the bank and Berlin this week denied reports that the government was preparing a rescue plan.

The Bild am Sonntag newspaper wrote on Sunday that Deutsche‘s chairman had informed Berlin just before it disclosed the potential $14 billion fine but had not asked for help.

The same newspaper quoted the president of the Bavarian Finance Centre, Wolfgang Gerke, as saying that the German government should step in and buy a 20 percent stake in the bank before its value fell any further. The group represents financial services companies in the southern German state.

“Fundamentally, I’m against state interventions,” he told the newspaper, but added that in this case a government stake would be “a signal that could turn the whole market”. 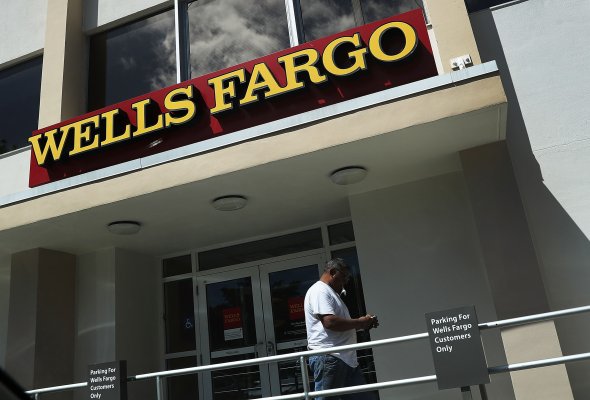