Following his foul-mouthed attack on the E.U. and reference to the Holocaust to explain his bloody war on drugs, Philippine President Rodrigo Duterte warned Sunday that he might terminate a defense pact his country signed with Washington in 2014, in response to concerns voiced by U.S. lawmakers over his crackdown on narcotics.

The threat to end the Phillipines-U.S. Enhanced Defense Cooperation Agreement (EDCA) came during a speech in Bacolod City, according to the Philippine Daily Inquirer.

“Better think twice now because I would be asking you [the U.S.] to leave the Philippines altogether,” Duterte reportedly said.

First signed in 2014, the EDCA gives the U.S. military more access to the Philippines without re-establishing any permanent bases. It was widely seen as part of U.S. President Barack Obama’s “pivot to Asia” strategy.

“If you Americans are angry with me, then I am also angry with you,” Duterte said in the same speech.

Duterte’s drug war, which amounts to large scale, state-sanctioned extrajudicial killings, has resulted in over 3,000 deaths since he took office in June.

The Inquirer reports that Duterte also reiterated his willingness to build closer relations with the leaders of Russia and China, even though the Philippines has been a historic U.S. ally.

“Tomorrow I will be friends with [Vladimir] Putin and Xi Jinping,” Duterte declared, in response to what he says were “insults” and “humiliation” from the U.S. 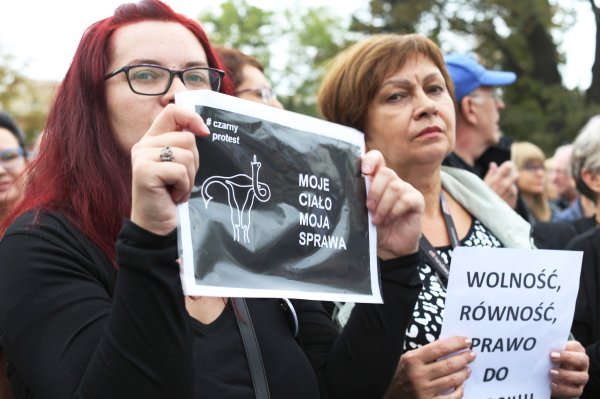 Polish Women to Strike Against Proposed Abortion Ban
Next Up: Editor's Pick