Kim Kardashian West was robbed at gunpoint in her Paris hotel room on Sunday night by armed men disguised as police officers, her spokesperson tells TIME.

West was in her room at a luxury residence near Paris’ La Madeleine church at around 3:00 a.m. local time when the five burglars entered, according to Reuters. The men, who wore police jackets and ski masks, tied up West and locked her in a bathroom. Police told media outlets that the perpetrators absconded with a jewelry box whose contents valued in the millions.

West was unscathed during the burglary.

“She is badly shaken but physically unharmed,” her spokesperson, Ina Treciokas, wrote in an email to TIME on Sunday night.

A police official told Associated Press that West left Paris on Monday morning after being questioned, saying her jewellery box contained $6.7 million in jewellery as well as a ring worth nearly $4.5 million. The burglars escaped without arrest, though an investigation is currently underway

West was in France for Paris Fashion Week with her mother Kris Jenner and her sister Kendall Jenner, CNN reports.

The incident was apparently the reason for her husband Kanye West’s abrupt departure from the stage at the Meadows Music & Arts Festival in New York City on Sunday night, where he was headlining. 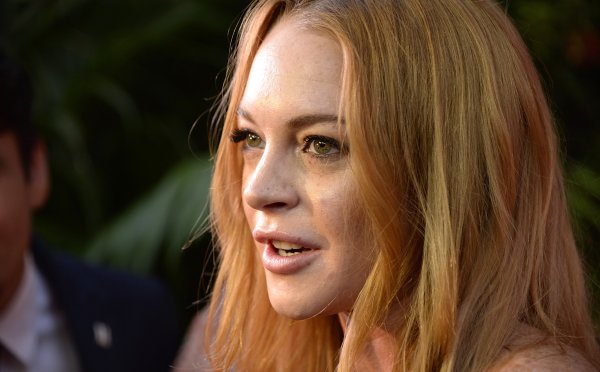 Lindsay Lohan Says She Lost Half of Her Finger in a Boating Accident
Next Up: Editor's Pick