It’s hard to know what to say to the New York Times’ revelation that Donald Trump lost so much money running various casino and hotel businesses into the ground in the mid-1990s ($916 million to be exact) that he could have avoided paying taxes for a full 18 years as a result (which may account for why he hasn’t voluntarily released his returns—they would make him look like a failure).

But predictably, Trump did have a response – fiduciary duty made me do it. So, how does the excuse stack up? Does Donald Trump, or any taxpayer, have a “fiduciary duty,” or legal responsibility, to maximize his income or minimize his payments on his personal taxes? In a word, no. “His argument is legal nonsense,” says Cornell University corporate and business law professor Lynn Stout, author of “The Shareholder Value Myth,” and one of the smartest people I know on such matters. “If such an idea were true, we would breach our duties to ourselves by making charitable contributions (which reduce our income) and by earning income in the first place (which increases our taxes). The concept of fiduciary duty simply doesn’t apply to individual decisions to earn income, make charitable contributions, or refrain from using tax loopholes.”

In a way, the very notion of bringing “fiduciary duty” into a conversation about bankruptcy-related tax losses would seem to give credence to the idea that he actually did run his businesses into the ground, something he’s thus-far denied (Trump and his camp are always quick to point that he never went into Chapter 11 – only the corporations he either ran or had a stake in did). But then, there are so many worms in the can that the Donald has just opened with the “fiduciary” comment, it’s hard to know where to begin with a critique.

As Stout points out, Trump and his campaign seem to be parroting the flawed argument sometimes made by business executives seeking to defend irresponsible or unethical corporate behavior—“fiduciary duty made me do it,” with “it” meaning everything from orchestrating dicey mergers to turn a quick buck, offshoring jobs to cut costs in a way that increases corporate risk (remember the Rana Plaza disaster in Bangladesh?) or using spare cash to bolster the stock price with buybacks rather than making long term investments in things like worker training, better pay and benefits, or new product research and development.

Yet even in public companies, experts say that there is no enforceable legal duty to “maximize shareholder value”—the business judgment rule protects independent directors’ decisions about the best way to serve the interests of the corporation and its shareholders, including decisions that reduce share price or profits in the foreseeable future. Despite what corporate leaders (and people like Trump) might say, there’s actually considerable wiggle room in the law that allows a CEO to do the right thing. But of course, he (or she) has to want to.

The mythology of shareholder “value” and the corporate excuse of fiduciary duty as a reason to make really dumb and selfish decisions to turn a quick buck has long been a pet peeve of mine. The idea that companies should be explicitly managed for the benefit of shareholders, and shareholders alone, to the exclusion of anyone or anything else, is an odd system in the global context. Most firms in Germany, China, France, and Scandinavia, along with many others in countries like India and Brazil, aren’t primarily managed this way. Indeed, it took quite a while for American business leaders to buy into the idea, despite the fact that it was being pushed vigorously in both business schools and the markets.

As recently as 1990, the Business Roundtable, a group of CEOs from America’s largest and most powerful companies, said in its mission statement that it was “the directors’ responsibility to carefully weigh the interests of all stakeholders as part of their responsibility to the corporation or to the long-term interests of its shareholders.” Seven years later, though, the group had finally caved, rewriting the statement to say that “the paramount duty of management and of boards of directors is to the corporation’s stockholders; the interests of other stakeholders are relevant as a derivative of the duty to stockholders.”

Today, whether they believe it or not, it’s rare to find a CEO of a public company who doesn’t publicly buy into the idea of shareholder value. Indeed, the only leaders who can openly question this notion and get away with it tend to be high-profile founder-owners who have a certain cult of personality (think Jack Ma, or Howard Schultz—and even they get plenty of blowback). Yet shareholder value isn’t value if it involves doing things that eventually put companies into bankruptcy. Executives have a fiduciary responsibility to create shared value – not just hike quarterly profits – because this is the only way to create any value at all over the long term, which is what shareholder value is supposed to be about. What’s more, fiduciary duty is about taking care of others. When it comes to Trump and his businesses, one thing is very clear – others always end up with the short end of the stick. 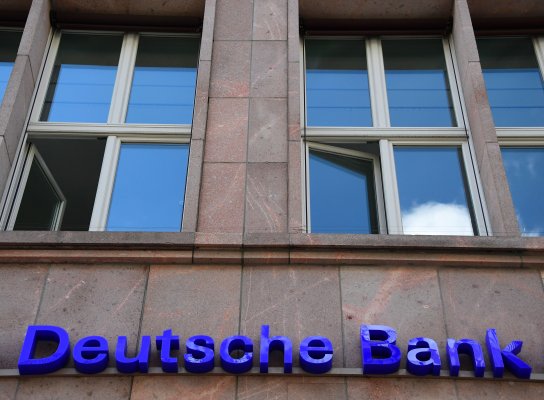