This weekend’s Saturday Night Live season premiere saw the show’s highest ratings for a season-opener in eight years. That’s not a random number: More people watched the season premiere than any premiere since the days when, two presidential election cycles ago, Tina Fey came in to play Sarah Palin. Fey’s 30 Rock castmate Alec Baldwin arriving, similarly, as a ringer to satirize the seemingly unsatirizable was worth checking out, as far as sheer curiosity went: How would Baldwin pull off what SNL had so far failed to do, a lacerating impersonation of a figure whose absurdity seems custom-designed to outpace comedy?

He did a decent job. In fact, Baldwin’s was SNL’s best Trump yet, and it’s not close. But the sketch fell somewhat flat. It’s a failure of writing, and, in how wildly Baldwin’s style of comedy diverges from Hillary Clinton impressionist Kate McKinnon, of figuring out exactly what sort of comedy the show wants to do.

Baldwin, as will surprise no one who’s ever seen 30 Rock, is a perfectionist. This election cycle has made clear that far more people think they can do a credible Trump than is strictly the case. Like Fey’s Palin, Baldwin used his technical virtuosity to insert grace-notes. It’s strange to suggest that a character quite so big could have depths to plumb, but Baldwin managed to turn Trump into a satirical character, pushing the implicit racial dynamic of his pushing moderator Lester Holt into the realm of the explicit by having him call the moderator “Jazzman.”

And yet he was up against McKinnon’s Clinton, an impersonation that’s become wildly popular in spite of its lack of resemblance to the Democratic nominee visually or aurally. Its popularity makes sense: McKinnon’s Clinton is built around a big idea of the candidate as spookily ambitious at the expense of her humanity.

But the contrast between the pair of sketch comics made for a debate not just between “candidates” but between ideas of comedy, one that tended to impugn the real Clinton more than the real Trump. Baldwin works in pointillism, extrapolating from the recognizable image of Trump a figure only degrees removed from the one we saw at the debate; McKinnon works in big, slashing brushstrokes. The digs at Trump in the debate were delivered with the icy subtlety of a shiv; McKinnon intoning that former Miss Universe Alicia Machado was a “strong, beautiful political prop” was a paintball to the face.

SNL seems, lately, to have decided that the ideal point-of-view is the view from nowhere, a reversal from 2008, the last election in which they were a meaningful player. Then, the show was unstintingly acidic towards Palin, a figure so mercilessly pilloried on the show that she ended up appearing to save her good name (and grab some earned media for the McCain-Palin ticket). Trump has already appeared on the show this election cycle, as its host in an episode that, in allowing him to play it safe, meaningfully softened his image.

It’s hard not to slip the sense that though the writers are willing to go hard on him, that they’re a bit addicted to trying to hear out both sides. (Granted, they’ve done it before, in elections during which the competitors looked a bit more similar: The show went hard on Bush and Gore in 2000, giving rise to the “strategery” vs. “lockbox” debate that’s still a classic.) McKinnon’s having not nailed down Clinton in any precise sense forces the writers to lean on comedy a bit more caustic than feels comfortable about how she exploits the memory of her father or about the Machado affair. It hits harder and more viscerally than Baldwin’s tweaks of the Trump image. In an era in which most late-night comedy shows engaged with politics—from Samantha Bee’s Full Frontal to Seth Meyers’s Late Night to John Oliver’s Last Week Tonight—have been consumed with partisan anti-Trump rhetoric, SNL thinks both sides have their ups and downs, and ends up punishing Clinton for it. Baldwin moved slightly away from Trump; McKinnon is doing an idea of Clinton.

The point was hammered home by a “Weekend Update” segment in which anchors Colin Jost and Michael Che treated the candidates as equally unsavory. If that’s what Jost and Che truly believe, that’s fine, but, without context or insight, the equivalence itself is not particularly thrilling. “This has got to be the first presidential debate in history where afterwards, people were genuinely asking, ‘Are they on drugs?’” Jost asked, with unflattering pictures of both candidates onscreen. “But as bad Trump is doing, Hillary is barely doing any better than him,” Che announced, noting that this will be a “rebuilding” four years for America. The segment got specific digs in at Trump and got digs in at Clinton by saying she was, in some way or another, like Trump.

Perhaps the show’s most revealing moment was a Family Feud sketch involving Trump and Clinton surrogates, which was dominated by Larry David’s fake Bernie Sanders. The impression is good in every way—both technically and in terms of insight, magnifying Sanders’s own grumbling discontent by a tiny percentage for comic effect. And it’s benevolent. Sanders has been written by the SNL staff with seemingly genuine love, flaws and all. Quirky and idealistic, he’s an easy guy to write for. Little wonder he’s an easy figure to default to, even after he’s out of the news, when Trump and Clinton present such a challenge.

Is Trump an unprecedented figure, worth treating differently than the politicians who came before him? A show with more ambition would answer that question. Instead, SNL is just reaching back into the past to promote its own legacy. 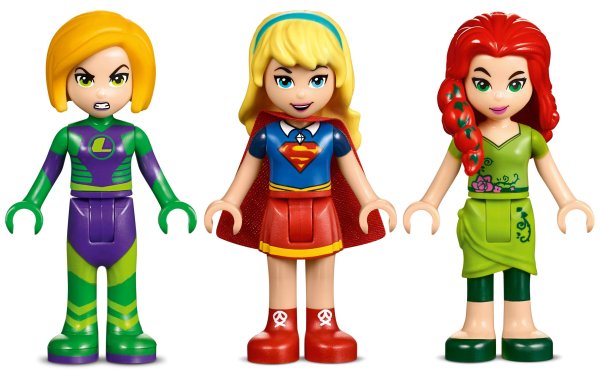