Donald Trump’s International Hotel in Washington, D.C., was vandalized over the weekend, according to reports. Someone spray-painted the phrase “Black Lives Matter” on the facade of the the luxury hotel, which is positioned along Pennsylvania Avenue in downtown Washington.

A Twitter user posted a video of a person appearing to spray paint the building on Saturday afternoon.

Later, he posted a photo of the finished product.

CNN reports the graffiti was quickly being covered up by plywood and no arrests had been made.

Trump has been criticized throughout the campaign for his approach to racial issues. During last week’s presidential debate, the candidate drew backlash over his call for “law and order” and nationwide stop & frisk policies in response to a question about mending the country’s racial divide. The candidate has also been criticized for being a vocal member of the birther movement that incorrectly called into question the legitimacy of the nation’s first black president. 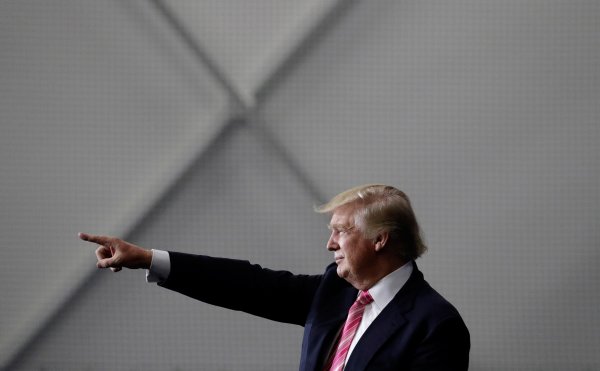 Donald Trump Has Long Blasted Others for Not Paying Taxes
Next Up: Editor's Pick