The shooting death of an 18-month-old boy in a Georgia home has led police to investigate whether his 3-year-old brother fired the gun that an adult left in a room with the children.

The infant was shot in the head around 3 p.m. on Saturday afternoon and was pronounced dead at a local hospital around 5 p.m. Police said they believe his older brother was holding the gun and shot his younger brother in a “tragic accident,” but are also investigating whether the 1-year-old could have fired the gun himself, Fox 5 Atlanta reports.

“There were adults in the room at the time but the adults were not paying attention,” said Lt. Mike Ireland of Henry Country police department. “They did not actually see the incident occur.”

Police said the firearm was a .45 caliber handgun, but declined to say who was the owner. No charges have been filed yet. 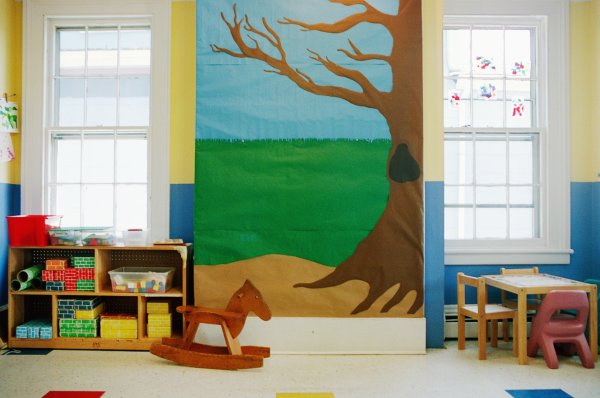 Kentucky Day Care Under Scrutiny for 'Smack for a Snack' Game
Next Up: Editor's Pick