That thing in June where studio Toys for Bob said it was working on a way for kids to physically 3D print their own toy heroes, per its upcoming do-it-yourself-themed Skylanders: Imaginators? It’s officially happening on October 16.

Activision says it will release the Skylanders creation tool that ships with Imaginators (also due for current and last-gen consoles on October 16) as a mobile iOS and Android app dubbed Skylanders Creator. This is the clever, kid-angled tool I fiddled with over the summer. It lets you pick from 10 battle classes, then probe menus stuffed with abilities, moves, items, weapons and—of paramount importance to waggish dissenters—a litany of quirky, mischievously-voiced personas you can mix and match.

The app is free because Activision is banking on kids wanting to turn their input into tangible output. That output can be had as 2.5-inch by 3.5-inch 2D trading cards or 3D plasticized renditions of your creations, each playable in the game just as any other wireless portal transmutable official Skylander.

The 3D figures run $49.99 a piece, and come fully colored, posed and sheathed in a protective dome, though Activision notes “quantities for the 3D printed characters will be limited.” The cards will run $14.99 a piece, and yes, because of course, you can have your creation emblazoned on a t-shirt for $24.99.

In a novel twist, the app can apparently decode sonic information to beam character info from the console version to the mobile one. Activision calls this “chirping,” but it sounds like a novel riff on R2-D2 droid-speak to me.

Here’s how it works: If you’ve created a Skylander in Imaginators and want to pipe it to a mobile device to ferry off to 2D or 3D fabricators, your TV makes a series of noises, the app listens, and voila, your custom-rolled Skylander now resides in your phone or tablet. Organized sound can be correlated with numbers, so I assume they’ve just created a pitch matrix of frequency-fixed information that carries the salient attributes in each 18-second wave of bleeps and bloops. Activision says the sonics are such that they’ll cut through most ambient noise, too.

Even if reifying your Skylander’s not of interest, Skylanders Creator has a few Imaginators-linked diversions, including time-of-day goody chests, a gallery for doting on your creations and the usual social media sharing links. 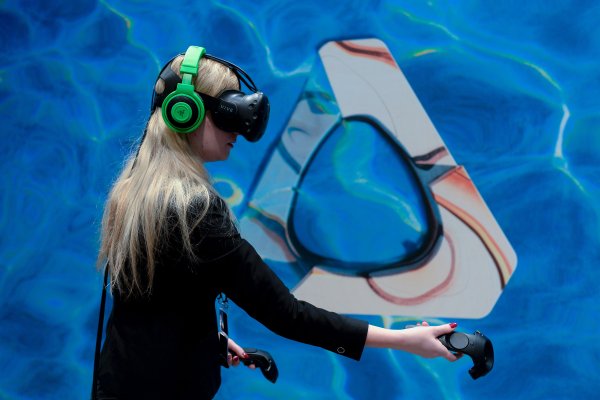