Donald Trump Is an Economic Birther Too—And That's Even Scarier

Everyone knows about Donald Trump’s phony claim that Barack Obama wasn’t born in the United States—a claim he continued to make for years after the President released his birth certificate. Some may regard the “birther” claim as trivial. But Trump is also an economic birther. Just like his distortions of the facts regarding Obama’s birth, Trump’s economic platform is based on theories that have been demonstrated to be—or are widely accepted as—false.

And unlike his original birther claim, no one can dismiss Trump’s economic platform as mere political theater. On the contrary, if Trump is elected, his birther economics will do lasting harm to America’s growth rate, to the safety of Americans’ retirements and health care, and to the global economy that stimulates tens of millions of American jobs.

The centerpiece of Trump’s economic pitch is that China, Mexico and “other” countries are stealing American jobs and that America should fight back with giant tariffs. In the case of China, he has proposed a tariff of 45%. He claimed in last week’s debate that China was competing unfairly by cheapening its currency. He also said that NAFTA was the worst trade deal ever.

But every schoolchild knows what would happen if America slapped giant tariffs on its trade partners: other countries would fight back by refusing to buy American products. The result would be a trade war.

The U.S. tried that approach, in 1930, when it passed the Smoot-Hawley Tariff Act. Countries around the world retaliated. The result was the worldwide Great Depression—or a far more serious depression than, most likely, would have occurred. Herbert Hoover signed that uniquely xenophobic bill despite a petition from 1,028 economists begging him not to.

Will Trump succeed where Hoover failed?

Here are some more facts about world trade. First, the main reason we, and other countries, have lost manufacturing jobs is that industry is far more productive than it used to be. Today, it takes only 32 man-hours to make a car from scratch, a fraction of the labor required in the golden age that Trump says he wants to bring back. Second, China’s currency is widely thought to be too expensive, not too cheap. Trump’s claim is five years out of date. Third, most economists say NAFTA had only a modest effect—much of it positive—on the U.S. economy.

The benefits of trade have long been known. David Ricardo, a British economist, explained its advantages two centuries ago. Richard’s idea is known as “comparative advantage.” If America is better at designing software and France cultivates better-tasting wine, both countries are better off trading. No serious economist disputes this. Trump’s birther economics ignores it.

Trump’s second (and related) economic idea is that we should build a wall and “make” Mexico pay for it and, further, deport the millions of immigrants who are here without papers. But since the Great Recession (i.e. for the last seven years), there has a been net outflow of Mexicans. Once again, Trump’s claim that America is being deluged by barbarians is false.

From an economic standpoint, immigrants (legal or otherwise) contribute to the tax base and to the economy (they also buy products, build homes, shop for groceries, etc.). Without immigrants, America would grow less rapidly—i.e., it would be poorer. According to the economist Giovanni Peri, “Immigration has always been a formidable engine of economic and demographic growth for the United States.” Even George Borjas, a Harvard professor who says immigration depresses the wages of low-wage workers, admits that overall, immigration can be “a net good for the nation, increasing the total wealth of the population.”

Immigrants enable the U.S. to remain relatively youthful because the average immigrant is younger than the average non-immigrant. Witness the countries in Europe suffering stagnant growth and stagnant populations. The two go hand in hand. Wall off a country, and you wall off its future. Trump won’t say it, but voters should ask if they really want America to resemble Japan—which has among the most restrictive immigration policies in the world. Thanks to Japan’s natural “wall” (the Pacific Ocean), 25% of the Japanese are over age 65, compared to fewer than 15% of Americans. And Japan is expected to rapidly age in the years ahead.

Trump’s next big economic idea is a massive tax cut, which will largely benefit the wealthy. Americans done with grade school will remember the huge tax cuts in the George W. Bush era. They fostered years of slow growth. Growth has also been slow in the Obama era. However, during the 1990s, after the Republican George H.W. Bush and the Democrat Bill Clinton each raised taxes, the American economy enjoyed unparalleled growth. That scattered set of examples might suggest no clear link between cutting taxes and growth. And that’s exactly right. Despite Trump’s pie-in-sky promise of creating 25 million jobs, studies have failed to find a consistent link.

But we know, for certain, the effect of massive tax cuts unaccompanied by offsetting cuts in spending: big federal deficits. Trump’s tax cut proposal and his various spending proposals will add, over the ensuring decade, $5.3 trillion to the federal debt, according to the Committee for a Responsible Federal Budget.

As in the past, massive deficits will put pressure on Social Security, Medicare and other entitlements and programs vital to Americans’ everyday security.

Trump’s latest foray into economics is to impugn the motives of the Federal Reserve Chair, Janet Yellen. He darkly claims—without any evidence—that Yellen’s low-interest rate policy is politically motivated. Bizarrely, Trump himself has supported giving Congress more power over Fed decisions, which would overtly politicize them. Trump the financial expert faults Yellen’s policy, but as recently as last April he supported low rates and said that higher rates would be “scary.” What would truly be scary would be to put Trump in a position to meddle with the Fed. This is, again, a failed approach. In the early 1970’s, Richard Nixon resorted to high-pressure tactics to bully the Fed into lowering interest rates. Nixon’s strong-arming contributed to the Great Inflation that devastated the savings of American workers.

It might seem strange that a supposed billionaire would be wedded to discredited economic theories. But the heads of America’s biggest companies reject this supposed business guru: not a single one of the top 100 CEOs is backing Trump. Perhaps the reason is that Trump didn’t make his money in the same as way as most American businesses—large or small. Rather than compete in an open playing field, he benefited from massive tax breaks in his real estate projects. He built his casinos—which ultimately collapsed into bankruptcy—with the help of state gaming regulators. According to his own curious bragging, he paid very little, maybe—who knows?—zero in personal taxes.

Trump, in short, is not a guy who competes in competitive markets or level playing fields.

As with Trump’s birther claim, Trump’s economic pitch is designed to whip up conspiracy theories and fear of the foreigner. For five years he painted a dark picture of a President supposedly born overseas. Wasn’t true. Now he says, blame all bad things on China, on Mexico—on other people and other lands. My guess is, Americans will see through this.

He finally backed off, in his braggy way, from the birther claim. “I finished it,” he says, as if anyone else still believed it. What will he do if he’s elected and pursues a trade war or racks up massive deficits? Will he pretend, once again, that he’s the guy who disproved it? Will he say, when the economy’s in the tank, “I finished it.” Given the millions of jobs at stake, it won’t be a laughing matter.

Now, P.T. Barnum style, he is counting on the American voter to believe that he is some of sort of miracle worker, to believe that his insults and jeers and discredited theories add up to a viable economic program. Don’t be his patsy. 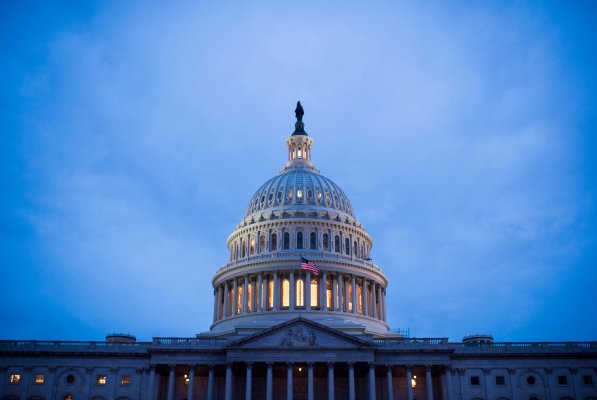 How America Can Get Out of Its Economic Swamp
Next Up: Editor's Pick